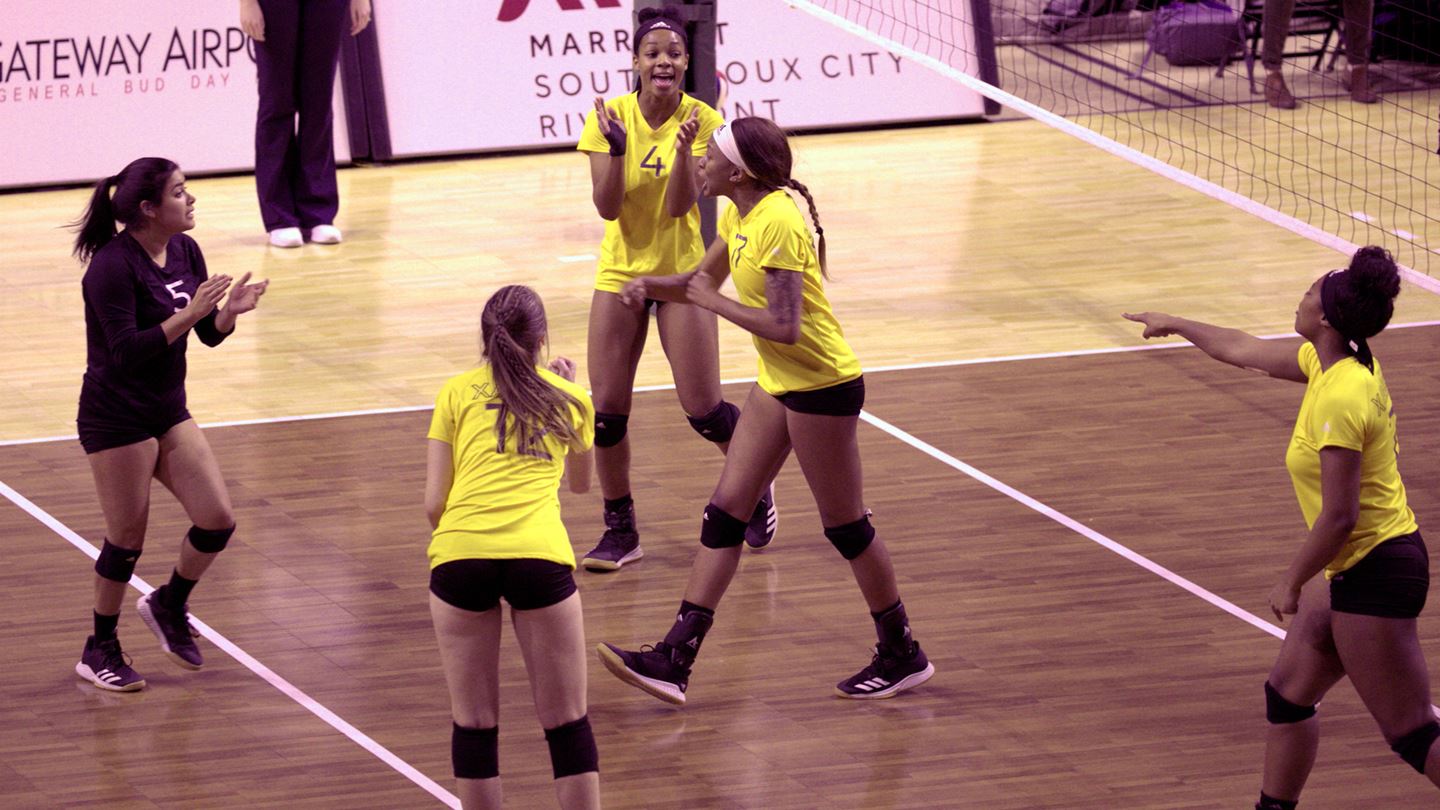 XULA takes a loss but hope is still alive at Nationals.

SIOUX CITY, Iowa — For the second time in as many days, Xavier University of Louisiana volleyball dropped a four-set match against a top-10 team in the NAIA National Championship Presented by Marriott South Sioux City Riverfront.

“There were some similarities to the Jamestown match in that we finally figured out what we needed to do,” XULA head coach Pat Kendrick said, “but I thought we played a little better against Columbia. Not that we were terrible against Jamestown. I just thought we served tough and competed all the way to the end this time.”

XULA hit .198, nearly 60 points higher than it did Tuesday, but Columbia hit .301, the best by a XULA opponent this season.

“We probably energized Columbia after we won that third set,” Kendrick said.

In the third XULA got three kills from Kayla Black and two from Adili Rikondja, and the Gold Nuggets served all four of their aces in that set: two by Eva Le Guillou and one apiece by Black and Jennifer Torres. The Cougars (28-6) also hit .093 with 10 errors in the third.

“We bounced back well in the third set,” Kendrick said. Black had 15 kills, Vivica Price-Spraggins nine and Taylor McGee eight for XULA. Tiffany Phillips had 14 assists and 15 digs in her second double-double of the season. Eva Le Guillou had 16 assists and missed a double-double by one dig. Maya Smith had four blocks, and Price-Spraggins and Rikondja had three apiece.

XULA will conclude its Pool H schedule with a 2 p.m. Thursday match against unranked Westmont, which beat Columbia in three sets Tuesday, then lost in four to Jamestown. XULA will need a victory against Westmont and help from others to have a chance to advance to Friday’s round of 16.

“Westmont is a good team like everyone else up here,” Kendrick said. “We’ll need to play consistently and show the fire we’ve had the first two days. It would be a nice to finish pool play with a win.”