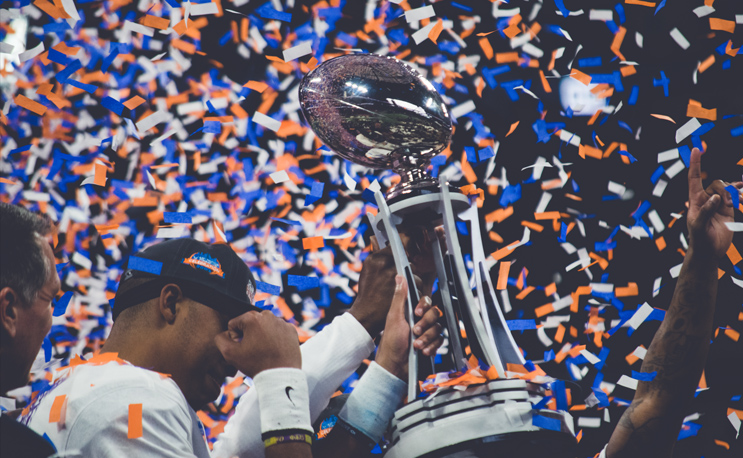 The Celebration Bowl is a great game between the two FCS HBCU conferences. But its not an HBCU national championship game.

The Celebration Bowl has come and gone, and with it marks the close of another season of HBCU football. The 126th season to be exact.

The game that started out in Salisbury, NC back in 1892 when Biddle (now Johnson C. Smith) took on Livingstone College has evolved into its own special and unique place in college football. For the fourth year in a row, that unique brand of football which includes over 50 programs across multiple divisions, has come to a climactic head in front of a nationally televised audience.

North Carolina A&T defeated Alcorn State 24-22 in a game that had it all, including big plays and controversial calls. It was A&T’s third Celebration Bowl win in the game’s four-year history and it will be universally recognized as the HBCU national champion. However, despite what announcers and others would lead you to believe, the Celebration Bowl is NOT the HBCU national championship game. You can get mad, glad or dance a two-step, but it simply isn’t. Here is why:

There are more than two conferences made up mostly of HBCUs

The Celebration Bowl is a game created by ESPN as a matchup between the champions of the MEAC and SWAC, respectively, both of which are made up of HBCUs and compete in I football. However, there are two other conferences with the same , the CIAA and the SIAC. Both conferences not only predate the MEAC and SWAC, but many members of both conferences have roots in them. All are as HBCUs and therefore play HBCU football. You cannot have an HBCU national championship game with them being ineligible for. Likewise with other HBCUs, including Tennessee State and Hampton.

The Celebration Bowl is NOT the only postseason option

From the beginning, part of the problem with referring to the CB as a national championship game has been the fact that HBCUs still can participate in the FCS playoffs. Granted, the MEAC hasn’t won a playoff game since the 20th century (1999 counts) and the SWAC dropped out of it back in 1999. However, Tennessee State did win a playoff game in 2013 and was crowned HBCU national champs as a result. If TSU or Hampton wins multiple playoff games and has a better record than the CB winner, who gets the title?

And teams in both conferences, particularly the MEAC, have at shot at the FCS playoffs as well. A&T made it as a 9-2 team in 2016 before getting blown out by Richmond. And if FAMU hadn’t totally fumbled the bag the last three weeks of the season, it might have gotten the chance to go again at 9-2. Many of the same fans claiming the CB as a national championship game might change their tune if they added, say, two more wins to that total while a team with a lesser record won the CB. As you can see, there are a lot of variables here.

Like HBCUs themselves, Black College Football pageantry out of the mainstream from the start. As such, we had to recognize our own champions because if we did not, no one else would. As such, a mythical title was developed using a poll system starting in 1920 with the Pittsburgh Courier, and continuing to this very day. It’s basically the same system that was used prior to the BCS-era in Division I football. The Celebration Bowl is like the BCS National title game, but with just two of the conferences having a shot.

The black press, of course, has been the promoter and guardian of black college football since its birth and the ving force behind the BCF National title. When mainstream media outlets ignored its pageantry and competitiveness, the black press made sure its stars were known and covered with dignity and respect it could find nowhere else. Just because a television network has recognized the potential financial lucrativeness of HBCU football on a national stage and given money to two of the four conferences does NOT mean we should turn over nearly a century of our own independent process to its whims.

The narrative of this game being the HBCU national championship is sexy. I get it. But in this “Alternative Facts” era that we live in, we must remember that facts should trump narrative. Especially when playing with history.

To be sure, North Carolina A&T is the HBCU national champion. That is because it finished with just two losses and was the best overall team in HBCU football. Not because The Four Letter Network bought the rights to it from two of the four conferences to call it such. Bowl games come and go, HBCU football is forever.