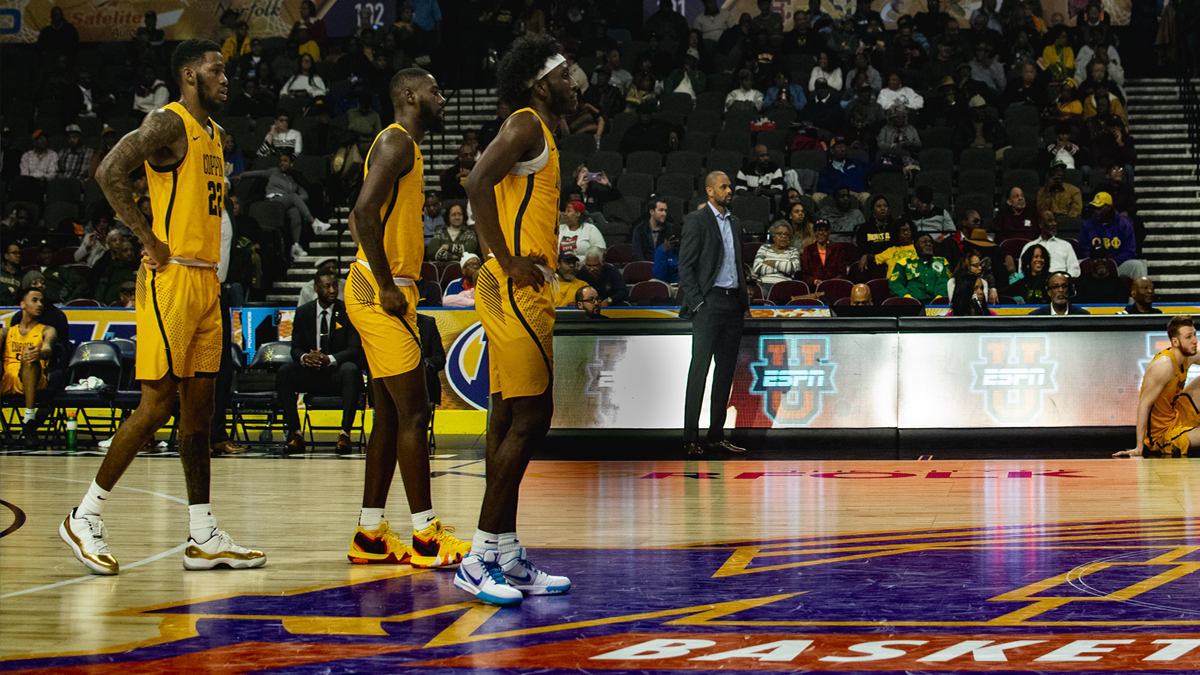 Loyola of Chicago was a media sensation during its 2018 run to the NCAA Final Four. On Tuesday night the Ramblers were a victim of Juan Dixon’s Coppin State squad, losing at home 76-72.

DeJuan Clayton led the Eagles with 21 points, despite struggling from the field (4-13) he was a sizzling 12-14 from the free-throw line.

Coppin State trailed by seven at halftime before outscoring Loyola 45-34 in the second half. The three-point shot fell mightily in the favor of CSU who shot 44 percent from behind the line, compared to Loyola’s 19 percent.

CSU erased what was a nine-point deficit in the first five minutes of the second half. The game was back and forth at that point until an Andrew Robinson three-pointer gave the Eagles a 58-57 lead with 7:27 remaining.

Coppin State never trailed again from that point, squeezing out the four-point win with Clayton hitting four free throws in the final three seconds of regulation.

The win was huge for Coppin State after it started last season 0-15, losing all of its non-conference schedule. CSU will continue its road trip on Friday playing at Northern Illinois.