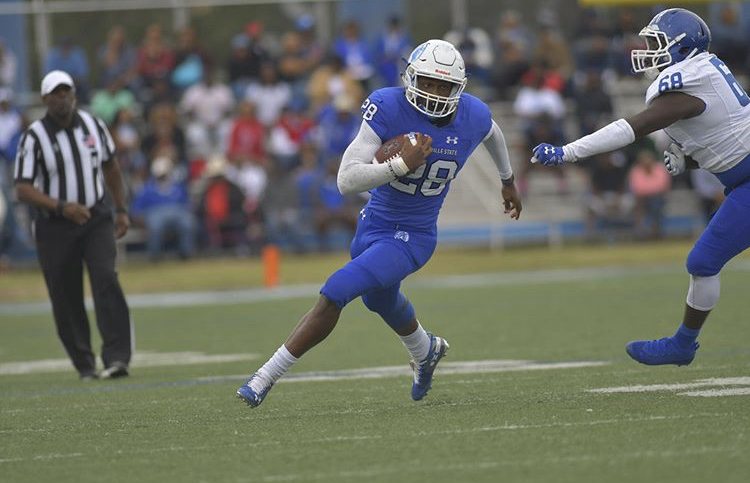 FSU scored first on a 28-yard touchdown to go up 7-0 when Richard Lattimer found Brandon Person-Boyd. An Elton Andrew field goal put the Broncos up 10-0 for a relatively quiet first quarter.

Farrell Murchison put the first WSSU points on the board in the second quarter with a one-yard touchdown run, cutting the lead down to 10-7. Then the turnovers began.

Daryus Skinner, last year’s HBCU Gameday Player of the Year, picked up his first of two interceptions in the second quarter. The Broncos would give up four turnovers on the game, with three interceptions thrown and a lost fumble. Murchison scored again on another touchdown, to put WSSU up 14-10 at the break.

The Rams would put up their third unanswered score in the third quarter with a 28-yard field goal to take a 17-10 lead. It was around this point that the rumblings of a Shaw victory in Raleigh were making their way around Bowman-Gray Stadium.

The Fayetteville State bench must have heard.

The Broncos tied the game at 17 on a Stevie Green 4-yard run late in the third and then completely owned the fourth quarter.

Darnell Walker scored two touchdowns in the final frame as the Broncos put up 21 unanswered points for the victory.