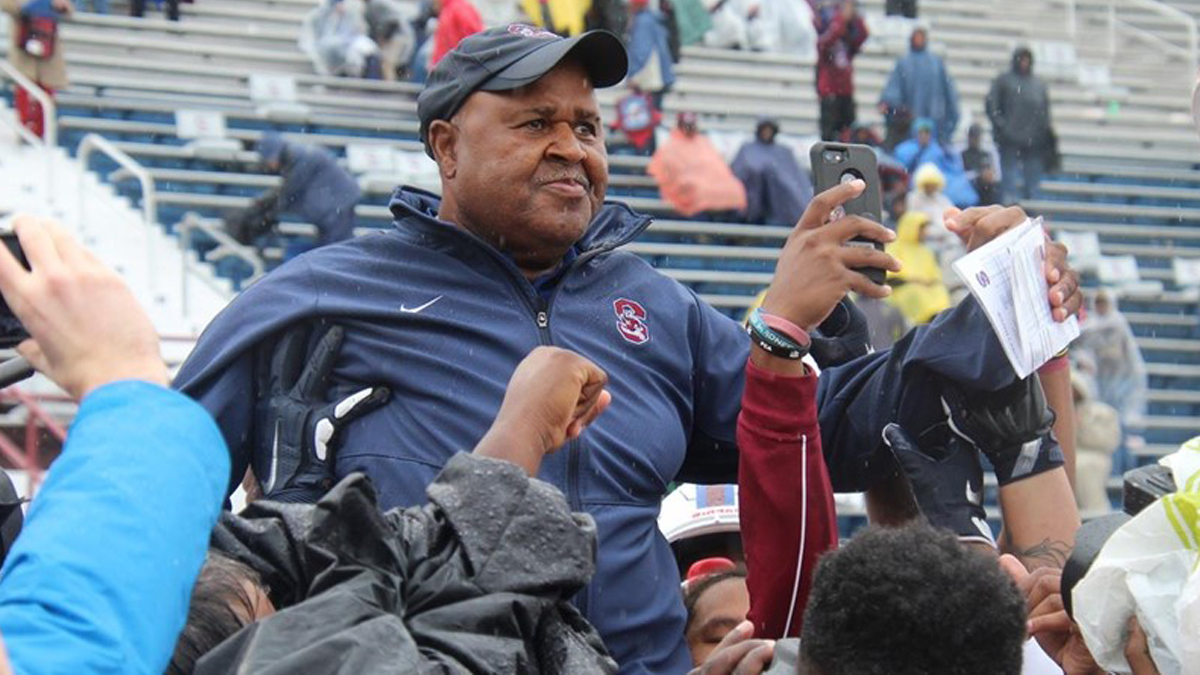 SC State’s Buddy Pough, a legend in his own right, passes Willie Jefferies for the most wins in school history.

Pough in his 18th season captured his 129th victory breaking the record of 128 wins previously held by Jeffries.

“This is a surreal moment at this point in my career,” said Pough.” To reach a milestone of this magnitude is awesome feeling and I am glad I had a chance to share it with my family and friends. Thank you to all the people that played a role in me reaching this accomplishment from the fans, alumni, faculty and administration.”

SC State jumped out to an early 7-3 lead off a 39-yard field goal by Nicholas O’Shea at the 11:07 mark in the first quarter. Junior running back Labron Morris powered his way into the endzone on a 3-yard punch early in the second quarter to give the Bulldogs an 7-3 advantage.

A 31-yarder by Dillon Bredesen with 3:23 left in the first half extended the lead 10-3 right before intermission.

Redshirt freshman quarterback Corey Fields opened the second half throwing a pair of touchdown strikes to sophomore Will Vereen and redshirt freshman Shaquan Davis of 49-yards and 41-yards respectively.
The Bears scored their only touchdown of the day on a 14-yard pass Josh Chase to DJ Golatt, Jr. late in the fourth quarter to pull within two scores, 24-10. The Bulldog defensive front play lights out only allowing 5-yards total rushing yards on the day.

Morris finished with a game-high 125-yards rushing on 25 carries and a touchdown, while junior Omar Cummings added 13 rushes for 51-yars to lead the ground attack. Fields posted a solid day throwing completing 12-of-23 for 135-yards and two touchdowns.