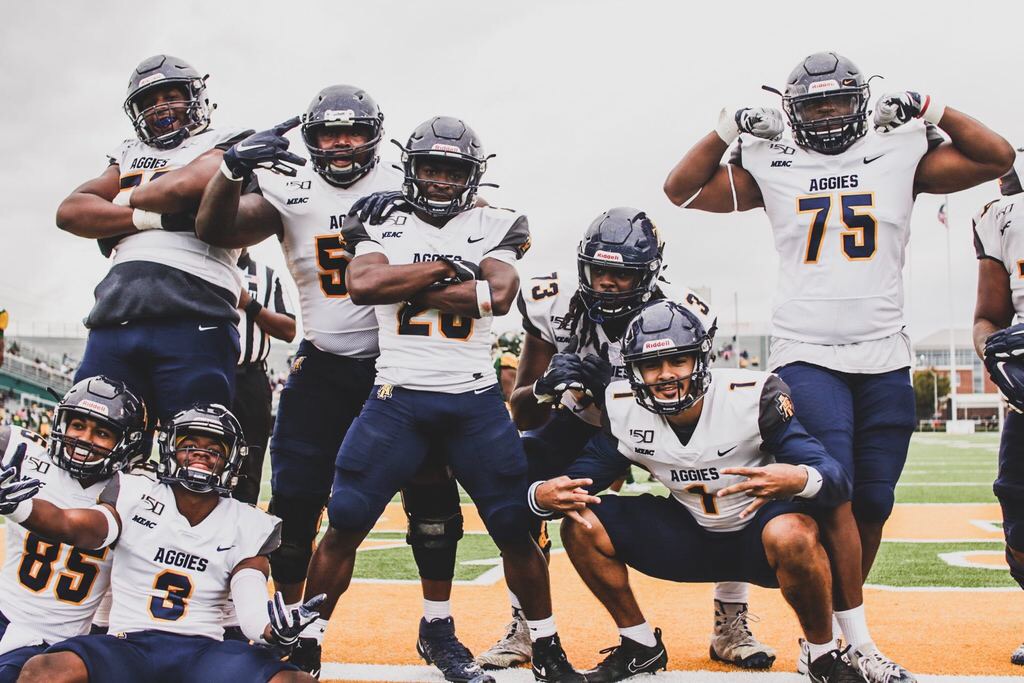 A&T’s offense went biblical and Norfolk State was left to call on the name of the Lord on defense.

North Carolina A&T has been on a roll within MEAC play and did not waste any offense against Norfolk State. Their offensive explosion resulted in a 58-19 win on the road.

Kylil Carter had a solid day and he only needed nine completions to pass for 176 yards and three touchdowns. In total, only 15 passes were attempted by the Aggies. Zachery Leslie grabbed 106 of those yards with only four receptions. Yeah, he had a field day too, adding two touchdowns.

The Aggies’ rushing attack did not spare any mercy on the Spartans. They ran for 410 total yards and scored five touchdowns on 39 total attempts. Jah-Maine Martin rushed for 199 yards and three touchdowns on 10 attempts. He exploded for a 68-yard rush as well. Kashon Baker ran for 99 yards and Carter added 66 yards as well.

Juwan Carter had a rough day, throwing three inceptions. The turnovers overshadowed his 252 yards passing and one touchdown on the ground. The Spartans’ rushing attack was nowhere to be found compared to the Aggies. They only gained 101 yards on the ground.

North Carolina A&T gets a bye next week while Norfolk State will head to Howard for homecoming.