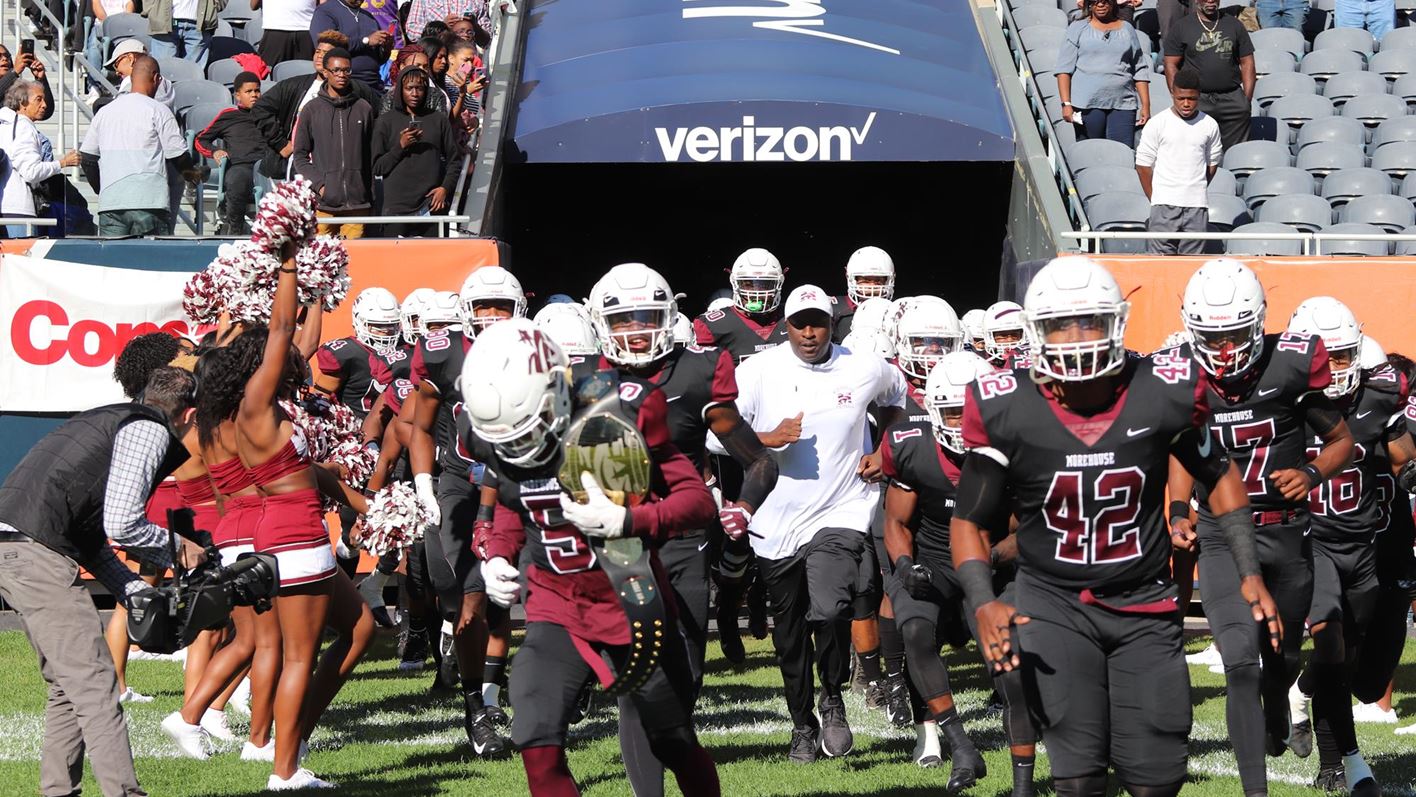 Morehouse rallies in the 4th quarter to bring Kentucky State back down to earth.

Fresh off a win over Jackson State, Kentucky State was looking to make some more noise against Morehouse. The contest was competitive but the Maroon Tigers overpowered their SIAC rival in the fourth quarter for a 33-24 win at home.

The Thoroughbreds started off the scoring with a field goal after a 12 play and 71-yard drive in the second quarter. The Maroon Tigers scored 10 unanswered for a stretch through a Frank Bailey touchdown and field goal on special teams.

The Thoroughbreds answered with another 71-yard drive to take the lead at 16-10 with five minutes left in the third quarter. The Maroon Tigers responded with a 75-yard drive that lasted 13 plays. Michael Sims ended that drive by connecting with Frank Bailey for a touchdown at the beginning of the fourth quarter. Three minutes later, Brett Sylve responded with a 30 yard run for KYSU.

It seemed like the game would get away from the Maroon Tigers but they scored 13 unanswered points to finish the game victorious. They finished their last four drives with scores; pushing them away from a competitive Thoroughbred team.

Brett Sylve led his Thoroughbreds in an epic performance. He gained 150 yards on the ground and gained two touchdowns. Their rushing attack was furious as they only attempted nine passes all game.

The Maroon Tigers offense found their groove late, which was a major reason for their win. Michael Sims passed for 237 yards and two touchdowns. Tremell Gooden led the team in receiving, gaining 91 yards. Santo Dunn was busy with 93 yards rushing and 35 yards receiving.