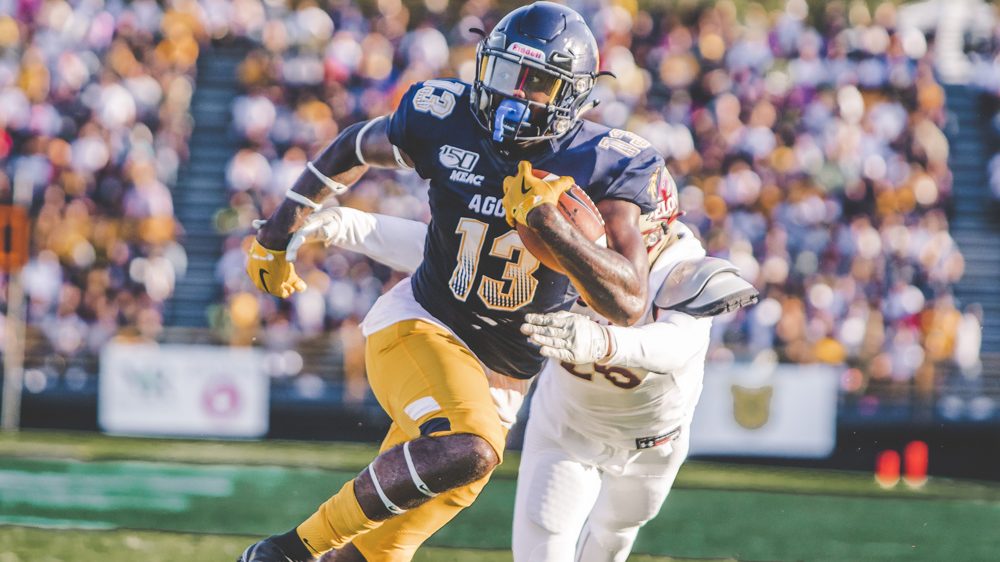 NCAT is on the rise after its last-second win over nationally-ranked Elon on Saturday.

North Carolina A&T is 1-0 after a thrilling season-opening win over Elon. A Noel Ruiz 52-yard kick sealed the win this past weekend. After their strong performance, the Aggies have risen in the FCS polls.

The Aggies now rank 14th after starting the season ranked 19th. And in the STATS FCS Poll, the Aggies are ranked 15th after previously being ranked 20th in the FCS.

But the Aggies aren’t the only team receiving some love in the polls. South Carolina State defeated a ranked Wofford squad this past weekend. Due to that, it received 35 votes in the FCS Coaches poll and 161 votes in the STATS FCS poll as well. The highlights did not stop there as B.J. Davis was named a STATS FCS National Player of the Week. The linebacker grabbed a key interception during the SCSU’s victory at home.

In addition to SC State, the Alcorn State Braves aren’t ranked but received some votes in both polls also. The Braves came up short against Southern Miss, an FBS program.

North Carolina A&T faces Duke this weekend in Durham. SC State will be at home facing Lane. Alcorn State will also be at home while hosting Mississippi College.