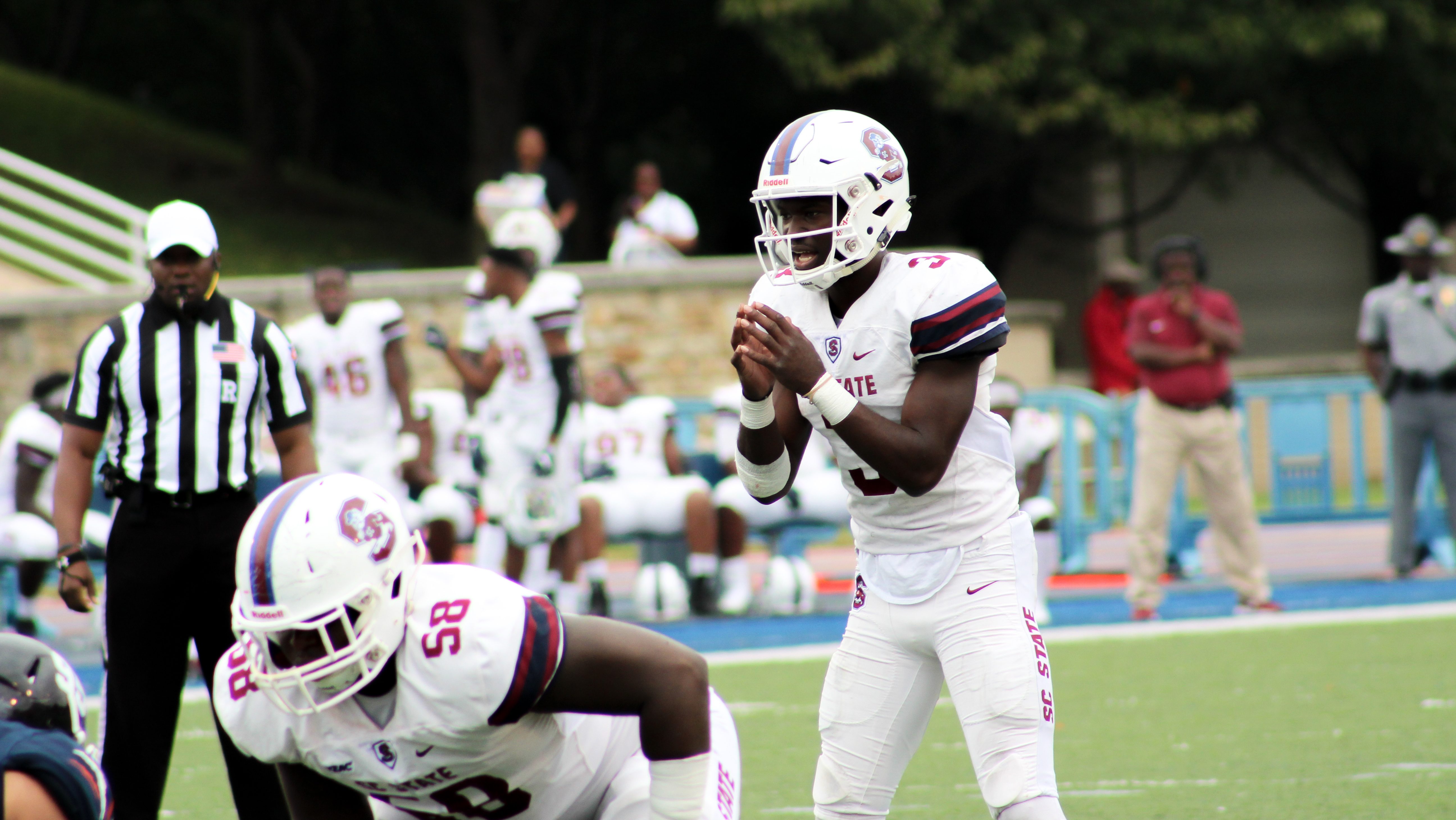 The last few years have been tough for South Carolina State, but the one-time MEAC giants pulled off a huge win on Saturday night.
SCSU took down in-state FCS foe Wofford, ranked as high as eight in national polls, on Saturday night with a solid 28-13 win.

As usual, the SCSU defense was strong, picking off four passes on the night and setting its offense up for success. It went three quarters without surrendering a touchdown.

Quarterback Tyrece Nick led the way for SC State with 201 yards passing and a touchdown along with 40 yards rushing and a score on the ground as well. Nick got the scoring started with a 48 yard strike to Demontrez Burris in the first quarter. He later added his touchdown on a one-yard run, helping SCSU to a 14-3 lead.

“My hat is off to South Carolina State as they did a great job of executing what they wanted to execute and manhandled us up front,” said Wofford head coach Josh Conklin. “Our offensive line did not do a good job up front and you can’t overcome turning the ball over like we did and that falls on my shoulders.”

The win was SC State coach Buddy Pough’s first against a top 10 team in his nearly two decades as SCSU coach.