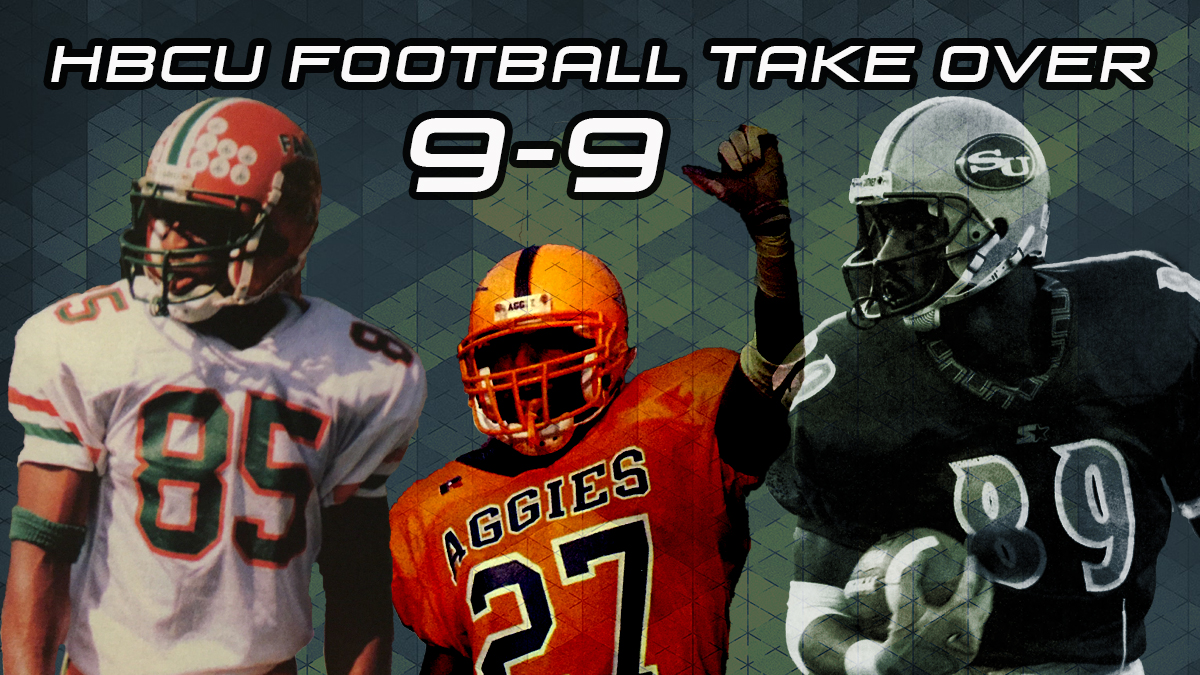 When HBCU football took over for the 9-9

HBCU football in 1999 was filled with great players, iconic coaches, legendary teams and game-changing bands. It might have been HBCU football’s peak.

Few years are as iconic as 1999, if only for the number itself. On the brink of a new millennium, there was a lot going on. Remember Y2k? It turned out to be a banner year for black college football, perhaps the greatest overall in the post-integration era.

It can definitely be concluded that the year was the greatest in the history of the Mid-Eastern Athletic Conference, the youngest of the four HBCU conferences. Three teams made the postseason that year: Florida A&M, North Carolina A&T, and Hampton. All of them won at least one game, including NCAA wins for FAMU and A&T. Twenty years later, the conference has yet to win a playoff game again.

Aah, the playoffs, the goal of every college football team from the start of the camp, right? Well, not coincidentally, 1999 was the year the SWAC decided to roll out with a conference championship game under the leadership of free-thinking commissioner Rudy Washington.

“We envision this game being more than just a football game,” Washington said. “It’ll mirror the pageantry of the biggest classics we have, in addition to pumping much-needed dollars into the coffers of our member institutions. We’re convinced that this game will be humongous.”

And what a championship game it was. Southern, at the height of its powers under Pete Richardson, eeked out a 31-30 win over a Jackson State team that included two first-round NFL Draft picks. The title was the third in a row for Richardson’s Jaguars, closing out the 1990s with their third-straight SWAC title.

The Divsion I-AA excellence, however, wasn’t confined just to the MEAC and SWAC. Tennessee State put together a banner regular season, going 11-0 in the regular season under the leadership of LC Cole and a potent offense behind quarterback Leon Murphy to ascend to no. 1 in the country heading into the playoffs.

The D2 ranks saw two old powers re-emerge. Winston-Salem State emerged from the pack in the CIAA behind a punishing defense and a talented passer in Tory Woodbury, claiming its first title since Pete Richardson roamed the sidelines at Bowman Gray.

Down in the SIAC Fort Valley State (10-2) took home the title, but Tuskegee began to show signs of life with a 9-3 finish and an appearance in the Pioneer Bowl under Rick Comegy. It would lose that game, but continue to build momentum heading into the new millennium.

HBCU football would bid farewell to a 90s staple as the Heritage Bowl sputtered to an end as Hampton avenged a previous loss to Southern. The  MEAC and SWAC’s second attempt at a de facto HBCU national title game ended with low attendance and sponsorship struggles while the top MEAC teams continued to take playoff bids.

It was an era filled with great talent on the field as All-Americans like Southern’s Mike Hayes and Jackson State’s Destry Wright lit up scoreboards across the SWAC. From Pete Richardson at Southern to Bill Hayes at A&T to Joe Taylor at Hampton and the iconic Alvin “Shine” Wyatt, many of the game’s legends were at or near their peak in 1999.

Of course, black college football is more than “just football.” That season transcendent bands like the Sonic Boom of the South, the Aristocrat of Bands, the Marching 100 and the Human Jukebox traveled frequently, helping to fill stadiums with fans in classic and championship games. Not only did they show up, but they also instituted new classics that still fill HBCU stadiums. From No Limit’s “Down For My” to Cash Money’s “Back That Thang Up,” the sounds of a new generation started to take shape.

Throughout the 2019 season, we’ll be taking a deeper look at some of the key players, teams, and storylines that made 1999 a year to remember in HBCU football.

When HBCU football took over for the 9-9