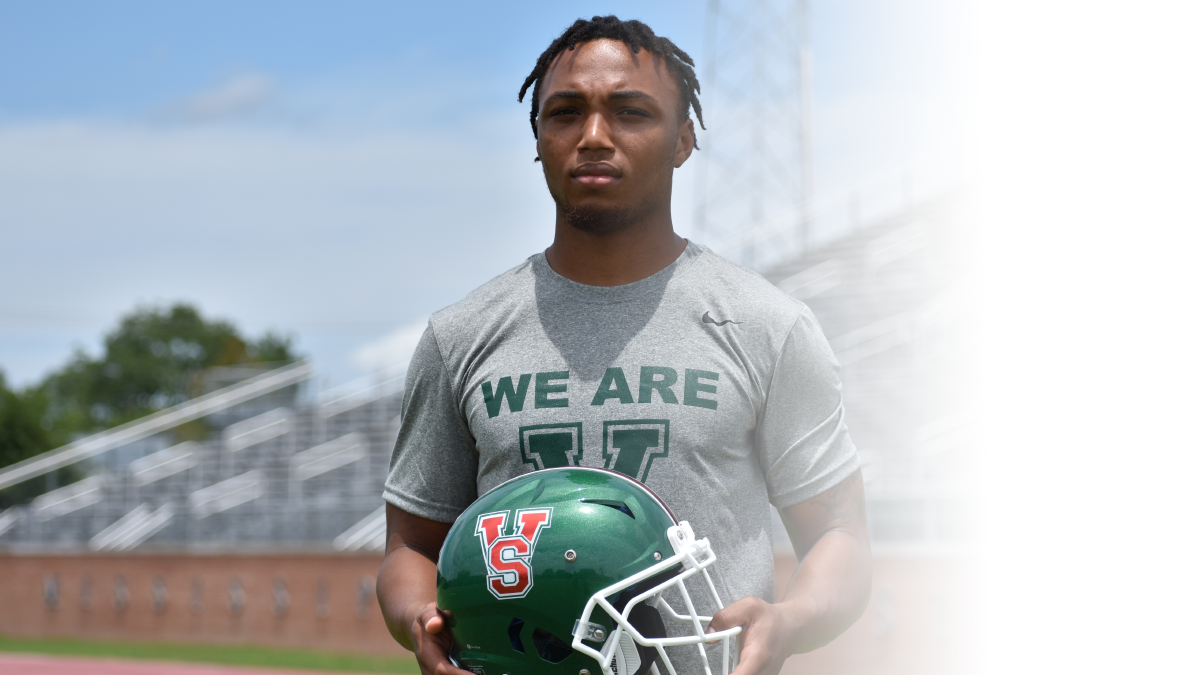 ‘Beating the best to be the best’: MVSU’s Bryant embraces leadership role for Delta Devils

It was not too long ago that Mississippi Valley State quarterback Dejerric Bryant was preparing for fall camp in 2018, sitting at the fourth or fifth spot on the depth chart at quarterback.

Patiently waiting to get his opportunity on the field, Bryant’s chance did not come until Mississippi Valley went on the road to face Bethune Cookman after a much-needed bye week from losing to the eventual Southwestern Athletic Conference champs, Alcorn State, 56-20.

When MVSU head coach Vincent Dancy, who enters his second season at the helm for the Delta Devils, called on Bryant’s number, the Mize, Mississippi native was ready.

“Bryant came in last year and did a tremendous job for us,” Dancy said.

“Coming into camp last fall, he did a good job staying poised and working hard.

But, Bryant did not get the outcome he wanted as MVSU lost to BCC 41-27 in his first official start. In the contest, Bryant threw for 71 yards on 26 attempts for a touchdown and three interceptions. He also rushed for 52 yards on nine carries.

“We got down in the fourth quarter and I did not execute at the end of the game,” Bryant said.

“I feel like I got to do better in those type of situations so we can be better.”

Bryant, who played quarterback at Holmes Community College before coming to MVSU, will get another shot to be better in 2019 as the Delta Devils finished 1-10 overall in 2018. He finished his first year with Delta Devils ranked 13th in the SWAC in total offense (1,011 yards).

While Bryant has high expectations for success entering his senior season, he simply wants to see the team be the best it can be.

“I feel like it (senior season) is going to be epic,” Bryant said.

“We’re going to change a lot of people’s perspective about MVSU football.”

That change of perspective starts with the team building comradery early in fall camp and Bryant embracing his role of being a leader for his teammates, young and old.

“The game is about winning championships and he is at the top of his game,” Bryant said.

“That’s the best player in the game. To be the best, you have to beat the best by doing all the right things as a leader when no one is watching, something Brady does.”

Bryant looks to carry his winners’ mentality into fall camp along with getting help from his upperclassmen teammates like senior center Zacchaeus Sias, a player who Bryant built a close bond with over the course of the 2018 season.

“No matter the game – whether we are up or down – he’s going to keep fighting,” Bryant said.

“Like any of my teammates, he knows I got his back just like I know he has mine.”

When Bryant goes under center for the Delta Devils in 2019, he will be without some key playmakers from a year ago like wide receivers Booker Chambers, Steven McIntosh, and Quinn McElfresh.

However, thanks to recruiting some quality midyear transfers by Dancy and his staff, Bryant will have a new set of weapons, along with return of running back John Derrick Smith in the backfield. Smith rushed for 296 yards and three touchdowns last season.

To compete at a high level and build their confidence of competing for a spot in the 2019 SWAC Championship game, Bryant said the team must remain consistent and bring a high level of intensity every day.

“We can’t be lazy or just going through the motions,” Bryant said.

“We have to execute well and do all the right things in practice so that on Saturdays, things will be like second nature.”

Mississippi Valley’s first four games of the 2019 season include back-to-back road games against Tennessee State – a familiar opponent of SWAC football – and Lamar before returning home to play Bethune Cookman and then beginning SWAC play against Alcorn State in an early division and in-state rivalry game.

While each game is important, rivalry games carry a little more weight, especially those that reside inside Mississippi against Jackson State and Alcorn.

“The first SWAC game in 2019 against Alcorn, it is going to be a great atmosphere,” Bryant said.

“JSU, Alcorn are two pivotal games but, again, to be the best you have to beat the best. If we build good habits everyday in practice, we can compete against any team.”

Kickoff for the Delta Devils game against Tennessee State is set for 6 p.m.

‘Beating the best to be the best’: MVSU’s Bryant embraces leadership role for Delta Devils