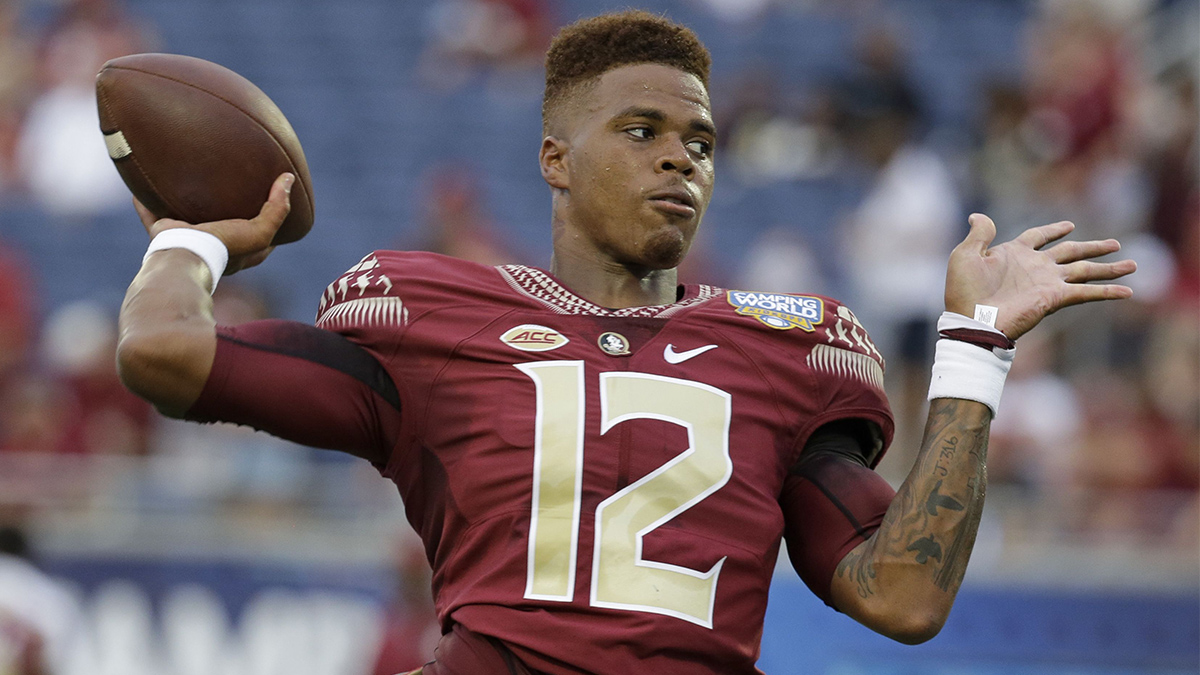 Is former FSU QB Deondre Francois headed to an HBCU?

Is Deondre Francois the next former Florida State quarterback to take his talents to an HBCU?

Hampton could be heading into the Big South with a new big gun, or someone is blowing smoke.

Former Florida State quarterback Deondre Francois looks to be headed to Hampton, according to a report from NoleGameday.com.

The redshirt-senior was dismissed from FSU after his then-girlfriend posted an Instagram video accusing him of abuse in February. His girlfriend, Diamond Lindsay, later admitted the video was misleading and apologized to him.

The 6’1, 185 pound Orlando native started two seasons at FSU, with his best season coming as a freshman in 2016. He threw for 20 touchdowns and 3,350 yards while completing 59 percent of his passes. Last season he threw for 2,731 yards and 15 touchdowns, but also threw 12 interceptions.

His talent and production at the FBS level would make him the lead candidate for the Hampton starting position as the program looks to take momentum into the Big South. He would be the second former FSU quarterback to land at an HBCU this season as De’Andre Johnson of “Last Chance U” fame will play at Texas Southern.

Where will he stop? No one seems to know for sure, but we’ll keep our eyes peeled to see if he transfers to Hampton or any HBCU.

Is former FSU QB Deondre Francois headed to an HBCU?