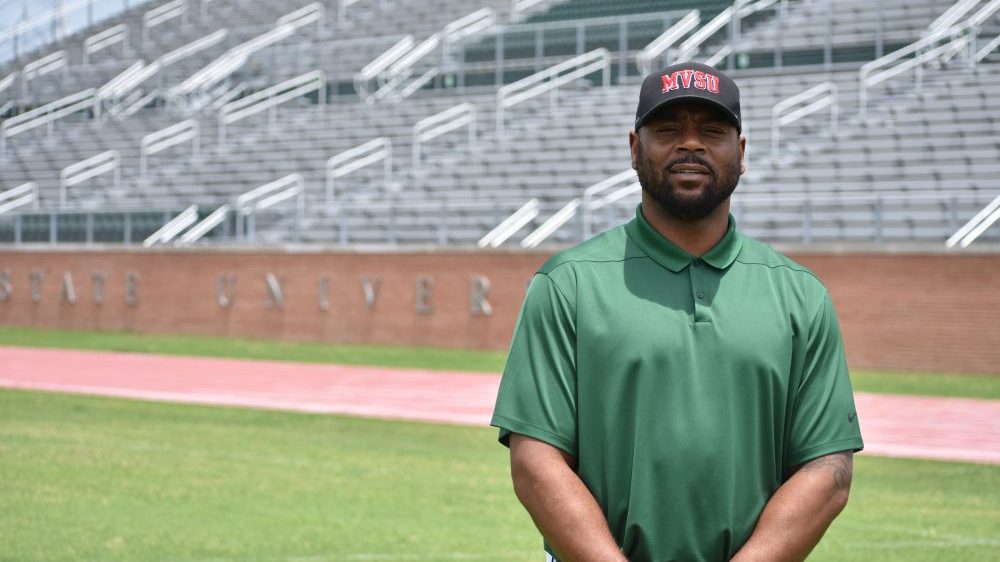 Mississippi Valley football excited, poised to make a statement in 2019

Can the Devils rise up in the Delta?

Winning in college football is a tall task, more than most realize. Whether dealing with injuries, young players, change of coaches to recruiting, all of these things can affect the long term outcome of a season.

When Mississippi Valley State head coach Vincent Dancy – who enters his second year as head of the Delta Devils football team – took over the program, he never thought he would finish his first year with a 1-10 record, one that has become very familiar in the program.

Over the last six seasons, Mississippi Valley finished 9-57. The last time MVSU won more than two games in a season was in 2012 when the Delta Devils finished 5-6.

For Dancy and his team, the 2018 campaign is in the past. However, his first season taught him a lot about how to help his team finish games.

Incorporating more depth on the team

But to finish strong, Dancy said it starts with having enough depth on the team, allowing players to maintain endurance and strength at the end where it counts.

“We could not finish because we did not having enough depth on both sides of the ball,” Dancy said.

“It was hard traveling with 58 players to have enough depth in all three phases of the game.”

While fatigue was a critical factor in the decline of the Delta Devils late in games, Dancy went on a mission to recruit throughout the offseason, ensuring that he would secure all the needs of the team.

Dancy, a young coach with energy and trust

Dancy, 33, served as the defensive coordinator for MVSU before assuming the role as head coach. While he is a much younger than most coaches he faces from opposing sidelines, Dancy said being a younger coach is actually a rewarding experience for both him and his players.

“I feel like if you are giving them all of you in every aspect of the game and not just football, they will respect you and give you the benefit of the doubt that you know what you are doing.”

Despite the team’s final standings, Dancy’s players – specifically his seniors – played a critical part in building his confidence as a coach and getting young players to buy into the team concept.

“I bragged on my senior group because they helped me out a lot last year in keeping the team intact,” Dancy said.

“I never had to go back to the locker room and curse or say they (players) did not do this. They fought night in and night out and now the younger guys coming up will have that built in toughness when the season rolls around.”

While each game is important, rivalry games carry a little more weight, especially those that reside inside the state. In the 2018 season, Alcorn defeated Mississippi Valley 56-20 while Jackson State secured a 23-7 victory over MVSU.

When the Delta Devils take the field against the Braves in the conference opener on Sept. 28, Dancy said his team will be ready and will look to earn total bragging rights throughout the state.

“To be champs of the state, you have to beat Alcorn and Jackson State and we’re ready for the challenge,” Dancy said.

“Coach McNair and his Braves team are hard-nosed and we will have to put our best foot forward. But, we will be ready.”

Mississippi Valley finished the 2018 season ranked seventh in total offense (19.9 points per game) and ninth in total defense (giving up 40-plus points ppg). But, with high hopes on the incoming recruiting class and some key returners for the Delta Devils, Dancy said fans can expect to see a much-improved team on both sides of the ball.

“I thought we were strong in certain offensive and defensive positions last year but we lacked the overall depth as a team to finish late in games,” Dancy said.

“We now have an offensive and defensive line now that we can rotate defensive linemen. I think we are even kill now on both sides of the ball.”

Mississippi Valley lost some key offensive playmakers from a year ago in wide receivers Booker Chambers, Steven McIntosh, and Quinn McElfresh. But, key offensive returners include seniors Dejerric Bryant at quarterback and John Derrick Smith at running back.

Bryant finished 13th in the conference in total offense with 1,011 yards while Smith rushed for 296 yards on 75 carries for three touchdowns.

“Bryant came in last year and did a tremendous job for us,” Dancy said.

“He was probably the fourth or fifth quarterback coming into camp last fall but he did a good job staying poised and working hard when his number was called.”

Bryant said he looks forward to taking more of a leadership role this season.

“We have to be better as a team and I need to do what I need to do to get better for my teammates,” Bryant said.

“I will be held accountable for guys and making sure guys are in the right position at all times.”

Along with Bryant and Smith, Dancy recruiting class of midyear transfers will look to help the Delta Devils out immediately. Some of them include wide receivers Sedevyn Gray and Jarius Clayton to replace the production of Chambers and McIntosh.

On the offensive line, a critical area of concern last year, features returners in Zacchaeus Sias, James Lofton and Nari Masslieno, all of which were true freshmen last season.

Linebackers Tracy Thompkins, Tadarius Davis and Jerry Garner, along with free safety Jamenta Shaw are the key playmakers returning on defense for the Delta Devils. All of these players will be upperclassmen in 2019.

Davis, who played his first year of college football while being classified as a junior, played in 10 games and finished second on the team in tackles.

“He practically came out of nowhere and played outstanding,” Dancy said about Davis.

Dancy is confident his defense is up for the challenge of stopping any explosive offense in the SWAC.

Homefield advantage in five of the last seven games

After the first four games of the season, Mississippi Valley will play five of its last seven games at home. Those home games include a matchup against Virginia University of Lynchburg, Jackson State, Texas Southern, Alabama State, and Grambling State.

Not including Virginia of Lynchburg, the Delta Devils went a combined 0-4 against these four SWAC schools.

But for Dancy and his eager and enthusiastic Delta Devils team, the 2019 season starts a new era for Mississippi Valley football.

“Recruiting has been outstanding and we’re excited about the program,” Dancy said.

“We’re going to shock some people.”

Mississippi Valley football excited, poised to make a statement in 2019