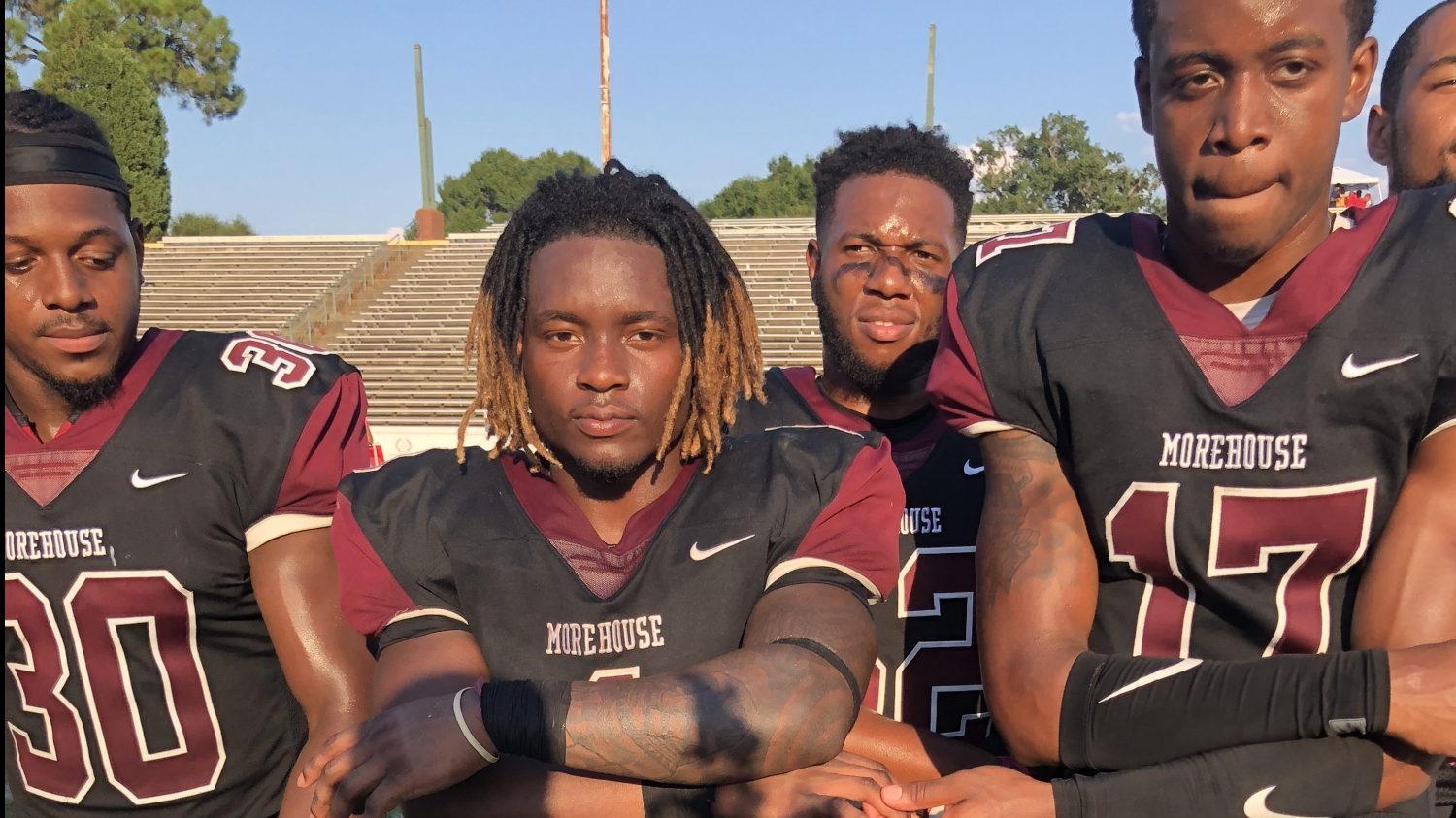 Santo Dunn is ready to take off for Morehouse, but two other teams are picked to win their divisions.

ATLANTA, Ga. (July 9, 2019) – Junior running back Santo Dunn of Morehouse College was named the Southern Intercollegiate Athletic Conference (SIAC) Preseason Offensive Player of the Year along with senior linebacker Austin Stephens of Miles College who was selected as Preseason Defensive Player of the Year, announced Tuesday during media day at the College Football Hall of Fame in Atlanta, Ga.

All votes are submitted by head coaches and sports information directors.

Dunn, a junior running back, was picked as last season’s SIAC Offensive Player of the Year and returns for his third year with the Maroon Tigers. The Miami, FL native led the SIAC in rushing yards (875), scoring (8.4 points per game), and touchdowns with 14. Dunn also ranked nationally in rushing yards at No. 38, tied for No. 25 in scoring and No. 17 in total touchdowns. He earned BOXTOROW National Player of the Week honors after his performance versus Tuskegee University where he ran for a game-high 125 yards and three touchdowns in the upset victory. The same week, Dunn was added to the Black College Hall of Fame Player of the Year watch list. Dunn also earned SIAC Offensive Player of the Week once this season and was named to the BOXTOROW All-American Honorable Mention Team.

Stephens, a senior linebacker, was picked as last season’s Defensive Player of the Year and returns for his fourth year with the Golden Bears. The Munford, Ala. native led the SIAC in total tackles (120), which is currently tied for seventh in Division II. Stephens had 14.5 tackles for loss, one sack, an interception and a fumble he recovered and returned for a touchdown. He also earned one SIAC Defensive Player of the Week award. Stephens became the first-ever player from Miles to be named to the American Football Coaches Association (AFCA) Division II All-American Team and was the only SIAC selection in the 2018 D2CCA All-Super Region 2 Football Team.

In the East Division, Albany State is anticipated to capture the Eastern Division Championship title as they had three first place picks. With two first place votes, Benedict was voted ahead of Morehouse, who had one first place vote. Fort Valley State was picked to finish fourth as Clark Atlanta and newest member, Savannah State, round out the eastern division.