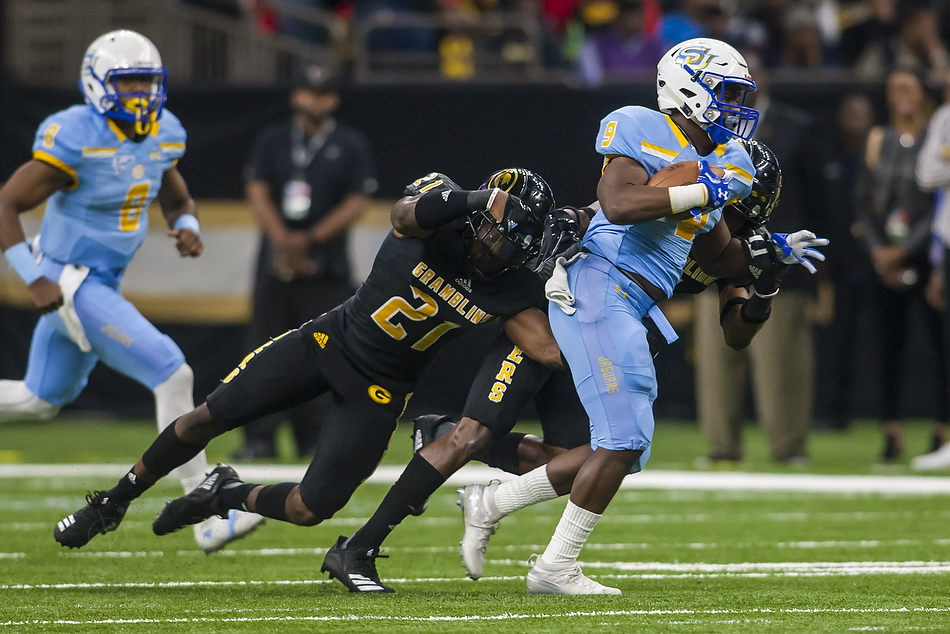 Devon Benn is hoping for a big junior campaign to help Southern get back on top of the SWAC.

Devon Benn came to Southern University with a winning pedigree and an impressive high school resume. Benn won two state titles and ran for almost 2,400 yards and scored 26 touchdowns at Louisiana high school powerhouse John Curtis. In his first season of action in 2017, Benn ran for 442 yards while splitting time with Herb Edwards. He came into the 2018 season as the bell cow for the Southern rushing attack and did not disappoint. Benn finished 2018 with 788 yards rushing and an impressive 5.1 yard per carry average.

Now Devon Benn comes into 2019 with two years of experience and is now one of the leaders on the offensive side of the football for the Jaguars. Benn has amassed 1,230 yards on the ground in his first two seasons on the field and the expectation is that he now emerges as one of the better backs in the conference. Benn only carries the ball on average 14 times per contest
due to Southern’ s running back by committee system but he has found a way to make the most of his touches. The talented young back is now the veteran in the backfield, and with weapons all over this offense teams just can’t key on Devon Benn anymore which will open up opportunities this season. The fans down on The Bluff are expecting a big year from Mr. Benn.