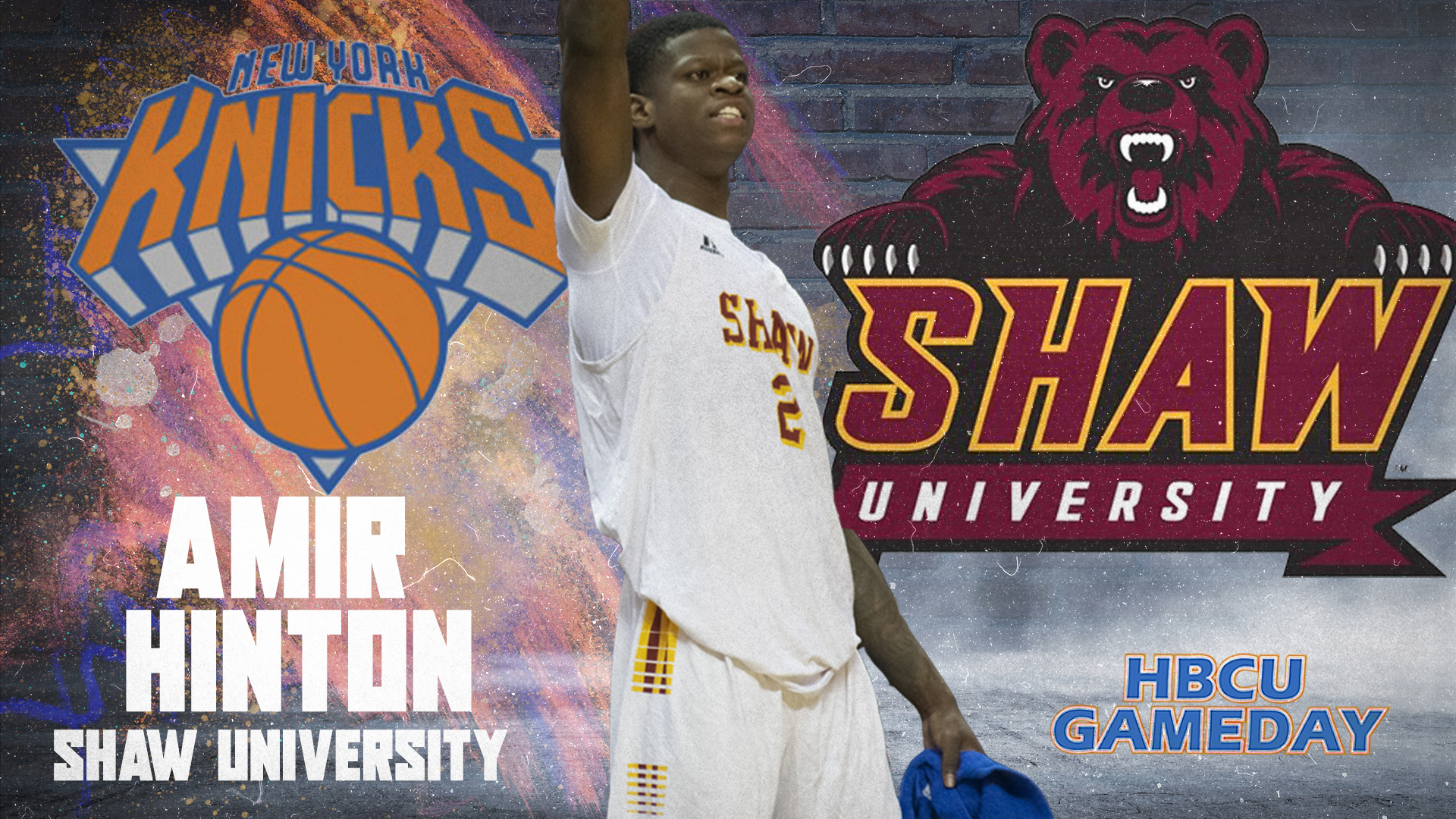 The Philly kid is headed to the Mecca

Shaw University guard Amir Hinton has been signed as an undrafted free agent by the New York Knicks.

The 6’5 guard spent just one year at Shaw, but it was an electric one. He averaged 29.9 points per game, leading Division II in scoring.

Hinton drew scouts to Raleigh and other CIAA gyms throughout the winter. Apparently they liked what they saw as he was invited to workout for the majority of NBA teams.

Stay tuned for an HBCU Original documentary on Amir Hinton’s path from the concrete courts of Philadelphia to the mecca of basketball… New York City.