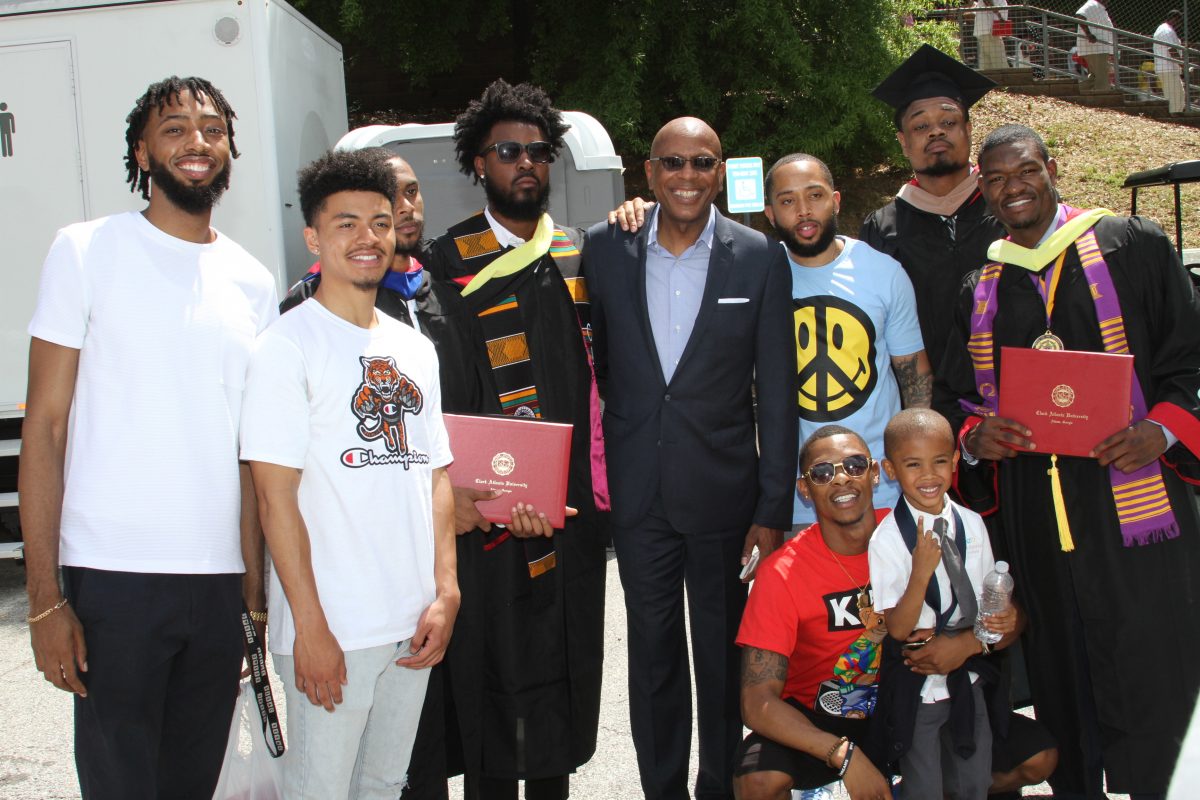 The former Panther head coach was back to celebrate on the biggest day of the year.

ATLANTA–Former Clark Atlanta basketball Coach Darrell Walker returned to Atlanta on Monday to fulfill a singular promise. He was going to see the players that he recruited all the way through graduation. Mission accomplished.

Despite that he’s now coaching at Division I Little Rock, it was imperative that Walker returned home on Monday.

“I had told their parents that if they came to Clark and played for me that I would make sure that they got their degree. So I’m holding my end of the bargain,” Walker said.

Walker, along with his top assistant Alfred Jordan, was flanked by four of their former players who graduated on Monday. Austin Donaldson, Damien Davis, Jalen Mitchell, and Tajai Johnson all walked across the stage in the sweltering Georgia heat. Anthony Williams earned his degree as well but is currently overseas playing basketball. Walker walked across the stage to receive the degree on behalf of Williams.

“I prodded my guys, I pushed my guys about education. I thought it was important that my guys graduate.”

Other former teammates were there to offer their congratulations as well. Former Panther Mark Burton was on hand along with Shelvick Henry and Chuka Eneh.

Many of these players won a championship together in Walker’s first season at CAU, but today was a win for their efforts in the classroom. A college degree.

It was only for one afternoon, but it was great to see the love that endures between former players and coaches.