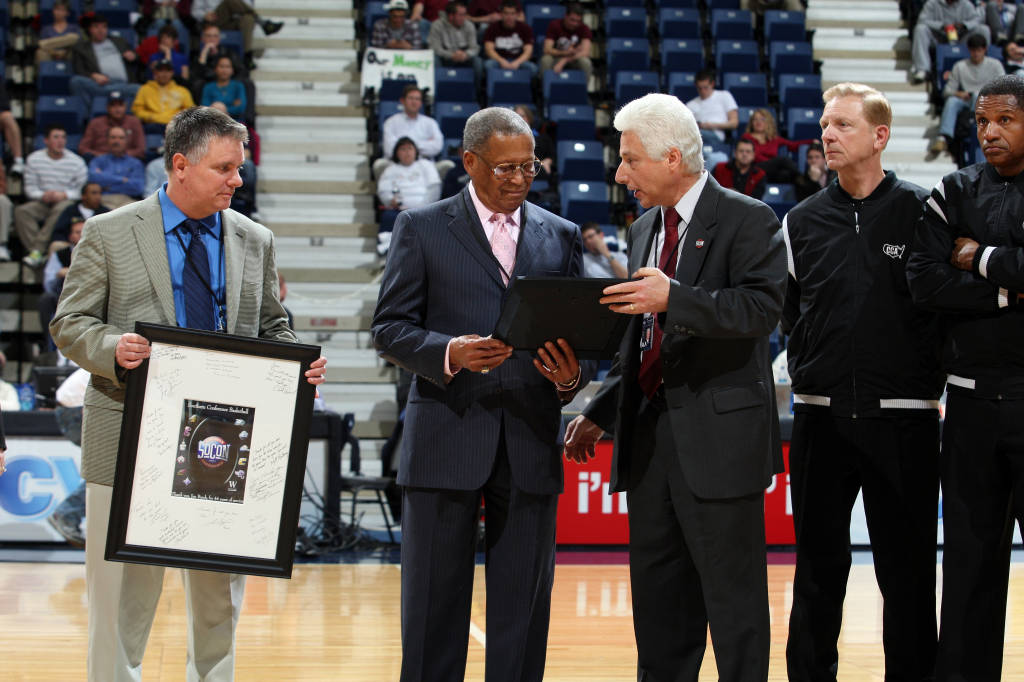 The Fayetteville State alumnus officiated one of the greatest HBCU basketball games in history and broke ACC barriers.

When you think of names associated with college basketball in North Carolina, James T. Burch isn’t one many people know, but he is one of the most important hidden figures in the sports history.

Burch spent more than 60 years in the CIAA, referring some of its most talented players and biggest games before going on to become the first African-American referee in ACC basketball. He died on Sunday.

With a career that dates back nearly 60 with the CIAA, Burch most recently served for 18 years as the Coordinator of Officials until retiring in 2018.

“We have lost another CIAA angel! His contributions to the CIAA and across the country left a legacy and a mark on us all,” CIAA Commissioner Jacqie McWilliams said in a statement.  “My tears are tears of gratefulness that the CIAA family celebrated his life while he was here. He was an amazing storyteller, no nonsense, caring leader, with a great sense of humor and an infectious laugh. He was a mentor, confidant, and friend that can never be replaced. Thank you, Burch family, for sharing Daddy Burch. His legacy will live on forever.”

Burch first began his officiating career with the CIAA in 1959. Throughout his career, Burch has officiated in the CIAA, ACC, Mid-Eastern Athletic Conference (MEAC), and Southern Conference and has worked 14 National Collegiate Athletic Association (NCAA) tournaments.

Burch was one of the referees in the storied 1968 CIAA Championship Game in the Greensboro Coliseum. The game went into three overtimes as Norfolk State, led by Pee Wee Kirkland, knocked off hometown favorite North Carolina A&T.

He has trained and mentored hundreds of officials over the years with many having gone on to careers in the CIAA, ACC, Southern Conference and NCAA championships. Burch was twice featured in the NCAA Champions Magazine, first in 1994 and again in 2014.

A former teacher and administrator for Charlotte-Mecklenburg Schools, he also served on numerous civic boards, including becoming the first African American to serve on the Charlotte Housing Authority board.

A native of Raleigh but raised in Larchmont, NY, Burch was a 1949 graduate of Fayetteville State University, where he was a two-sport athlete and would later serve on their board of trustees. He went on to establish the James T. Burch Scholarship to recognize student-athletes who exemplify the qualities of academic excellence, involvement in public service, and love of athletic competition.

Burch has been inducted into eight different halls of fame with the most recent being the CIAA John B. McLendon Jr. Hall of Fame in February 2019.