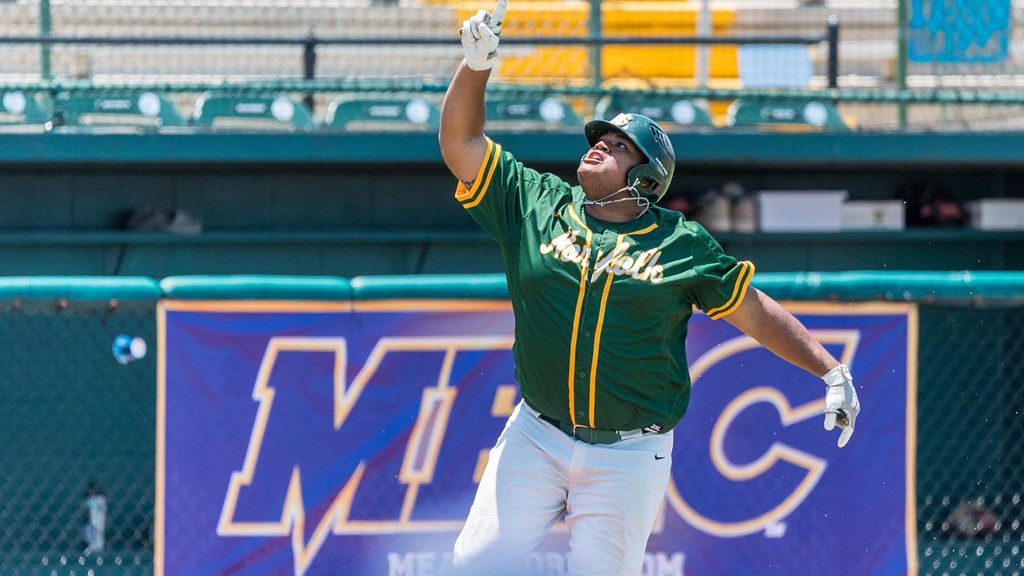 Spartans make a late inning comeback to advance to the title game.

With the Spartans trailing 2-1 in the seventh, Stephen Baughan led off with a double, then Singh, a sophomore, launched the first pitch deep into left center off the top of the Jumbotron to put Norfolk State ahead.

“We knew Korey Singh was an impact-type bat and he had an impact-type at-bat with the two-run homer,” Norfolk State head coach Keith Shumate, the 2019 MEAC Coach of the Year, said. “We love those close games. They really fit us.”

Chase Anderson preserved the lead with two more scoreless innings in a complete-game victory that saw the senior scatter six hits, walk none and strike out eight.

“I had a lot of confidence in my teammates. I knew at some point we would get a few runs across, so I had to be competitive in the zone,” Anderson said.  “I knew didn’t have to be too perfect – I have good stuff and good teammates. “[Korey] has been struggling a bit in the tournament, but we knew he was due”

The Aggies took a 2-0 in the second when Ryne Stanley scored on a single from Zach McLean, who later scored on Brandon Melendez’s base hit.

Ty Hanchey singled in Baughan to cut it to a 2-1 game in the bottom half of the inning.

Baughan finished 3-for-4 for the Spartans, the MEAC Northern Division champions who are looking for their first conference tournament crown.