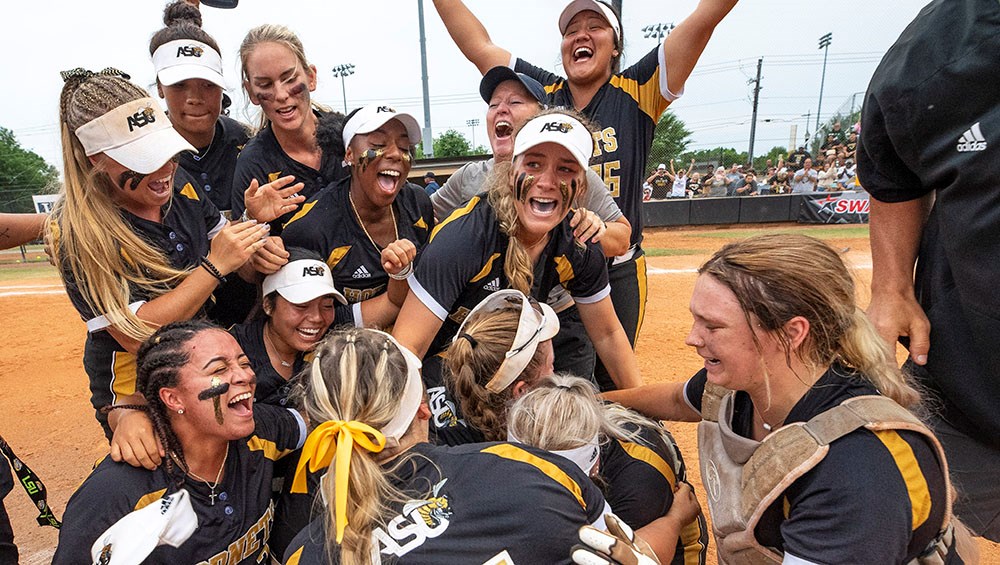 The Hornets will look to roll the tide.

MONTGOMERY, Ala.| Alabama State, in the regionals for the first time since 2016, will travel to Tuscaloosa to face eighth-seeded Alabama Friday, May 17, in the opening round.

Alabama State (24-23) earned the automatic bid from the Southwestern Athletic Conference (SWAC) with their win over Texas Southern Saturday night. Tournament MVP Justine Jean led the way for the Lady Hornets in the circle in the championship game, while Amira James led the team at the plate throughout the week.

Alexis Sydnor has led the Lady Hornets this season in hitting this season at a .387 clip with 34 runs scored. The SWAC Newcomer of the Year scored 34 runs and drove in another 27 runs this season; while Kristin Gunter is hitting .329 on the season with 15 extra base hits on the season, while Alexis Massie is hitting .330 in her freshman campaign. Meanwhile, James finished the regular season and tournament play hitting .327 with nine home runs.

Jean (12-12) leads Alabama State in innings pitched, appearances and strikeouts this season; while Vanessa Bradford and Charlene Castro have each seen action in the circle.

The Lady Hornets and eighth-seeded Alabama (52-7), the regular season SEC champion, have met just one time prior to this season, with the Crimson Tide winning the only meeting 10-0 back in 2004. Alabama State will also be in the regional with Arizona State (33-18) and Lipscomb (41-13-1), who will meet in the first game of the regional.