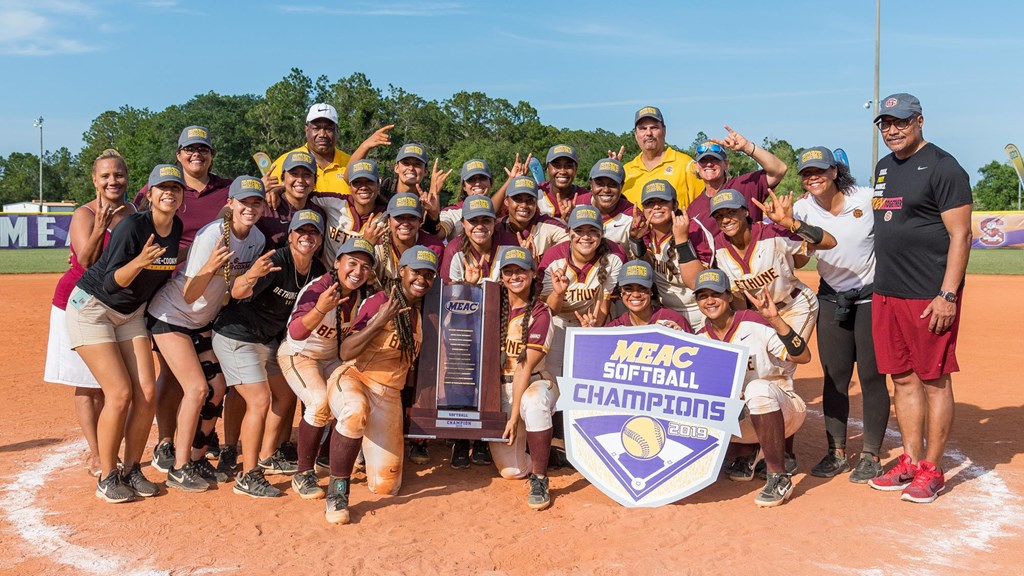 ORMOND BEACH, Fla., May 11, 2019–Bethune-Cookman won the 2019 Mid-Eastern Athletic Conference (MEAC) softball championship at the Ormond Beach Sports Complex on Saturday after defeating rival Florida A&M 11-5 in the second game of the championship round.

The Lady Rattlers had forced the if-necessary game with a 1-0 win in the first contest.

The first game saw Florida A&M’s Kyaira Brown throw a complete-game shutout, coming within one out of throwing a no-hitter. The Lady Rattlers only had three hits in their own right.

FAMU got off to a quick start in the second game, taking a 1-0 lead in the first inning after an RBI single from Taylor Rosier. Rosier added an RBI double in the top of the third to put FAMU up 2-0, before Bethune-Cookman responded with a six-spot in the bottom of the frame.

Two of those runs came on throwing errors, and the Lady WIldcats saw RBI singles from Brianna Paysinger, Kaiya Epps-Lee and Kaira Cabato.

FAMU got another run in the top of the fourth, cutting the lead to 6-3, before Cheyenne Smith got that run back for B-CU with an RBI single in the bottom of the frame. The Lady Rattlers scored a run each in the third through sixth innings, but Bethune-Cookman’s third and fifth innings were the difference.

In fact, the Lady Wildcats scored four times in the fifth.

Epps-Lee and Paysinger each had RBI singles again, and B-CU also scored on a double steal and another throwing error.

Epps-Lee and Paysinger were both 2-for-4 at the plate with two RBIs.

Alexis Bermudez, the MEAC Pitcher of the Year, threw five innings of relief in the second game, striking out three.