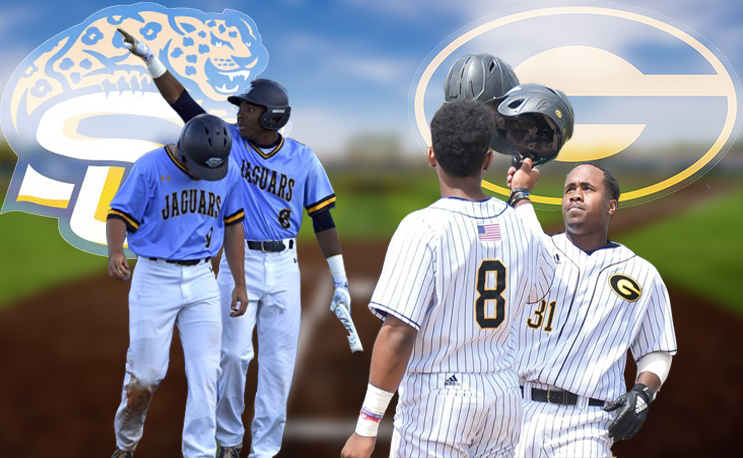 Wild weekend of baseball at Grambling

The bats were swinging in Louisiana over the weekend as Southern and Grambling went head to head in a three game series.

Friday and Saturday were all Tigers as Grambling scored 33 total runs in the two games. Grambling beat Southern 12-0 on Friday as the Tigers put up five runs in the first behind a two-run homer from Drexler Macaay and a three-run shot from Garrett Smith.

The fireworks really got going in the third inning as Warren Laster pummeled a grand slam down the right field line, giving Grambling a 10-0 lead that they wouldn’t relinquish.

Saturday’s matchup had even more fireworks but its wasn’t such a one sided affair. Grambling jumped out to a 4-0 lead in the first behind a 2 RBI double from Short Stop Kevin Whitaker, Jr. and RBI singles from Jahmoi Percival and Warren Laster.

Southern first baseman Coby Taylor got an RBI double in the third to make it a 5-7 ball game but Grambling kept their foot on the pedal as Ian Bailey came off the bench and belted a grand slam homer, while Jahmoi Percival blasted a three-run shot to highlight a seven-run fifth inning as the Grambling State University baseball team extended its winning streak to eight games with a 21-16 victory over Southern.

Southern would return the favor Sunday with a 15-3 victory.

With the score tied at one in the top of the second, Southern seized control of the game with an eight-run inning. Willie Ward drew a lead off walk to setup Hampton Hudson’s single.

A pair of Grambling miscues – a passed ball and wild pitch – scored Ward and Hampton, and the rest of the damage done in the first inning came with two outs on the board.

After Tyler LaPorte, who homered in the first inning, reached on an error by the Tiger shortstop, Johnny Johnson blasted a two-run homer over the left field fence before Ashanti Wheatley added a solo homerun in the next at-bat.

Ward capped off scoring for the Jaguars after touching home plate on the Tigers’ second wild pitch of the second inning.

With the win, Southern (25-19, 15-5) cemented their standing atop the Southwestern Athletic Conference western division, won the season’s head-to-head matchup with their bitter rival and, in year two of the Kerrick Jackson era, drew within one win of claiming the program’s first division title since 2014.

Southern will host Nicholls State in the final home game of the season on Wednesday at 6 p.m. before turning their attention to Prairie View A&M in the final SWAC series on Friday.

The Jaguars need only one win during the three-game slate to clinch the 2019 SWAC West Title and the divisions top seed in next month postseason tournament at Wesley Barrow Stadium in New Orleans.