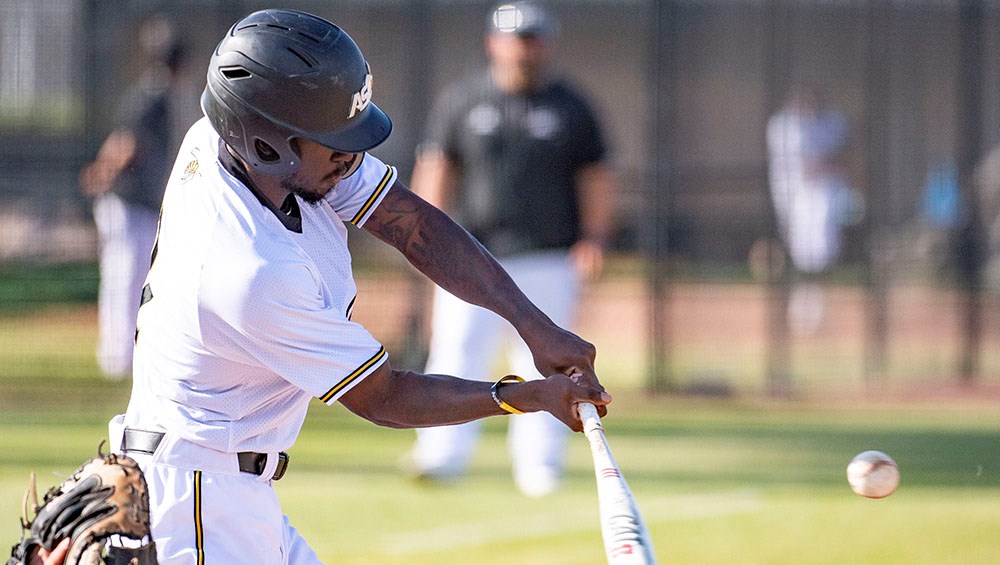 MONTGOMERY, Ala. Darrius Wright and Ricardo Rivera held Florida A&M at bay offensively, and the Alabama State offense erupted for 13 hits in a 9-4 non-conference victory at the Wheeler-Watkins Baseball Complex Wednesday afternoon.

Alabama State (23-19) fell behind early to Florida A&M 2-0 in the first, before chipping away at the lead and eventually tying the game at 2-all in the third. After the Rattlers scored two in the top of the fifth, Alabama State answered with seven unanswered over the next three innings for the final margin – including a four-run fifth inning.

Darrius Wright (3-3) worked 5.0 innings and allowed four runs (just two earned) on just two hits with four strikeouts. The senior recorded 100 pitches in picking up his first win since Alcorn State back on March 8. He gave way to Ricardo Rivera in the fifth, who worked the final four innings in picking up his first collegiate save. Rivera allowed just one hit and struck out two in throwing 47 pitches and facing just 13 batters.

Offensively, five Hornets recorded multiple hits on the day including Noel Cheneau who finished 2-for-5 with a pair of runs batted in. Cheneau recorded his 20th stolen base of the season, and drove in his 54th run of the season – both of which lead the team. Eriq White finished 2-for-5 with a pair of runs scored, while Luis Nunez finished 2-for-2 with an RBI – his first collegiate hit. Angel Jimenez (2-for-4) and Trevor Jurjevich (2-for-3) each finished with multiple hits for Alabama State.

Alabama State returns to action Friday night at the Wheeler-Watkins Baseball Complex, with first pitch scheduled for 6 pm against Jackson State in the first game of a three game series. The game will be carried on the Hornet Sports Network, and tickets for the game are $5 at the gate on the day of the game.