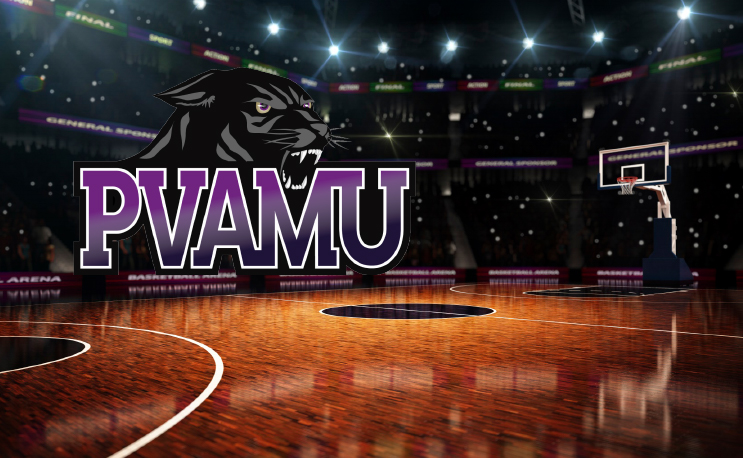 Panthers advance, Tigers relish in back to back winning seasons.

Prairie View A&M (21-12) advances to Saturday’s championship game and will meet the winner of the Alabama State-Texas Southern game. Grambling State concludes its season with a 17-16 overall record and its first back-to-back winning season since 2004-06.

Ivy Smith, Jr. led Grambling State with 21 points, including 10 from the free-throw line, along with seven assists, three rebounds one steal. Axel Mpoyo added 16 points, a team-high nine boards, with one assist, while Anthony Gaston came off the bench to provide 10 points, two boards one steal.

How It Happened
With the score tied at 5 early, Prairie View A&M used a small 6-0 run to grab an 11-5 advantage after a layup by Devonte Patterson with 14:50 remaining in the first half. Grambling State continued to battle back and tied the game at 19 after a 3-pointer by Anthony Gaston with 7:55 left.

The Tigers grabbed their first lead of the day on a three-point play by Nigel Ribeiro with 2:40 left, giving Grambling State the 24-23 advantage.

Back came the Panthers as Prairie View A&M scored the next four points and took a 27-24 lead into the break.


Grambling State continued to keep the game close and cut the margin to 34-32 after a layup by Zavier Peart, but Prairie View A&M quickly answered with a free throw by Gary Blackston and a dunk by Ellis to extend the lead to 37-32 with 13:48 left.

The Tigers got buckets by Prince Moss and Ivy Smith, Jr. to tie the game at 42 with 10:46 remaining and a 3-pointer by Axel Mpoyo gave Grambling State a 45-42 advantage with just under 10 minutes to play. However, Prairie View A&M answered with an 8-0 run over the next two minutes to take a 50-45 advantage after a 3-pointer by Darius Williams with 8:09 left.

Prairie View A&M stretched the advantage to 63-54 with a pair of free throws by Williams with 3:18 remaining. Grambling State cut the deficit to 67-62 after a Smith 3-pointer, but the Tigers could not recover from the big deficit as the Panthers moved on to Saturday’s title game.

The Tigers closed the gap to 67-62 with 1:33 remaining after a Smith 3-pointer, but the margin was just too much to overcome during the final minute and a half.

Inside the Numbers
> Grambling State shot 38.3 percent (23-of-60) from the floor and 81.8 percent (18-of-22) from the charity stripe
> Prairie View A&M was 19-of-49 (38.8 percent) from the field and 37-of-47 (80.4 percent) from the foul line
> GSU registered 35 rebounds, including 26 on the defensive glass
> PVAMU pulled down 39 rebounds, with 30 coming on the defensive end
> The Tigers finished with 19 bench points, 16 points in the paint, 11 points off 12 Panther turnovers, nine second-chance points and two fastbreak points
> The Panthers 19 bench points, 16 points off 17 Tiger turnovers, 14 points in the paint, seven second-chance points and four fastbreak points