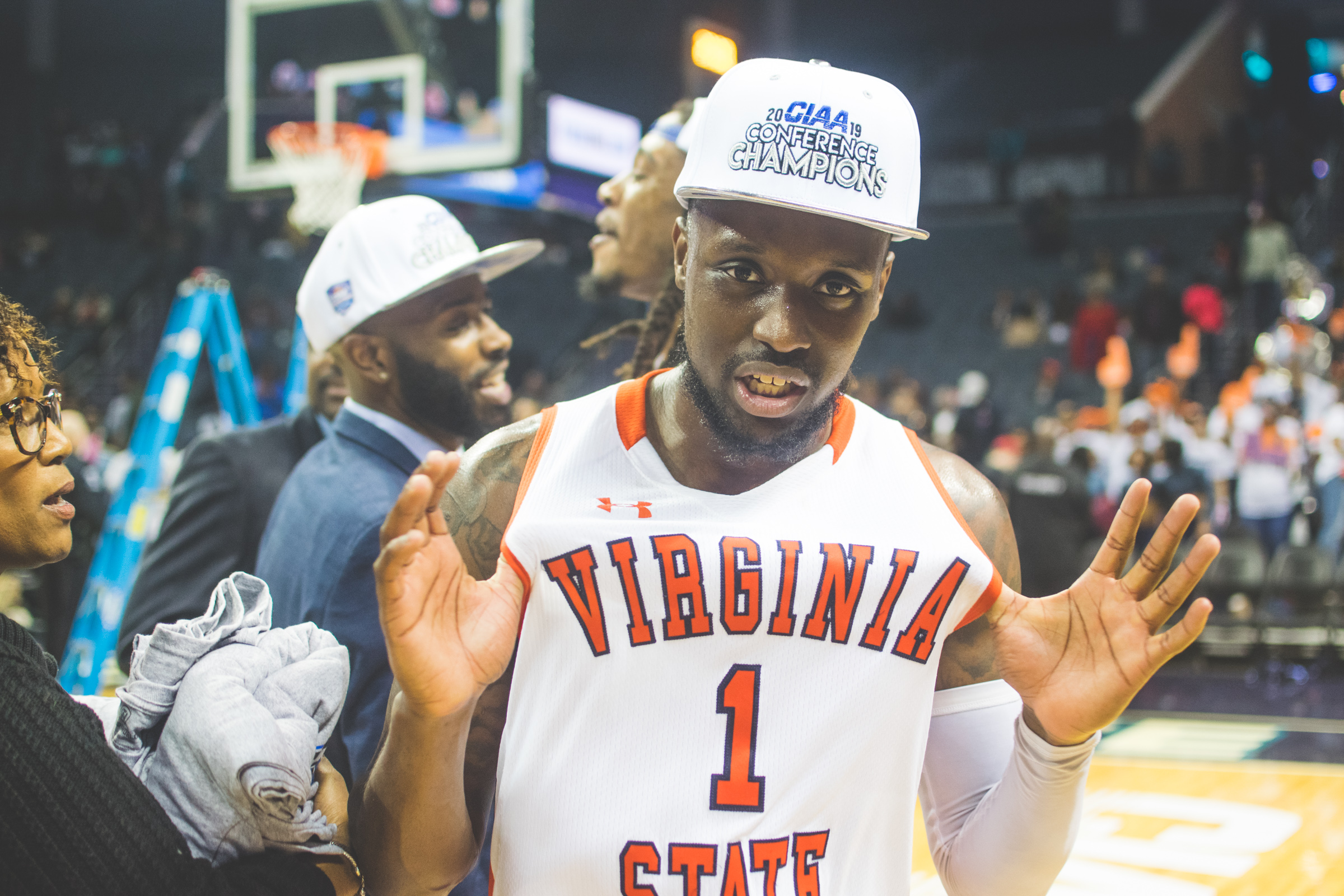 After being a role player for two MEAC champs, Virginia State’s CJ Wiggins is heading to the NCAA (D2) Tourney as a CIAA champ.

With the clock winding down on his team’s 77-66 win over Shaw University, Virginia State guard Cedric “C.J.” Wiggins launched the ball into the air at Spectrum Center and looked for the first teammate to hug with tears in his eyes.

The win gave Virginia State the CIAA title, and it gave its point guard three conference tournament championships in three years. It was his first at VSU, however as his previous two came as a backup point guard at North Carolina Central.

“I’m a winner, man. That’s what I do,” Wiggins told HBCU Gameday while celebrating with teammates on the NBA floor. “Wherever I go, I win.”

“He’s been huge. He set the tempo for us all year long. He was big the way he plays, you know we wanted to play a faster tempo, get up and down the floor in transition. He’s really come in and picked up the offense and executed the way we want to execute.”

The title game against Shaw was a great example of that. Wiggins had 11 points and six assists. More importantly he turned the ball over just once while coming up with three steals.

It was a watershed moment for the Richmond native who returned home after performing as a backup down in Durham. He had been a part of the titles at NCCU, but his role for nationally ranked VSU was expanded, on and off the court.

“CJ’s not just a great basketball player,” Blow said. “He’s a great kid and he kinda fits what we want in our system and our program, and so we’re happy to have him.”

Wiggins will get to compete in the NCAA Tournament for the third time in his career, something not too many HBCU players can say.

VSU (27-4) will travel to Pennsylvania to take on Notre Dame College in the Division II Tournament this weekend.