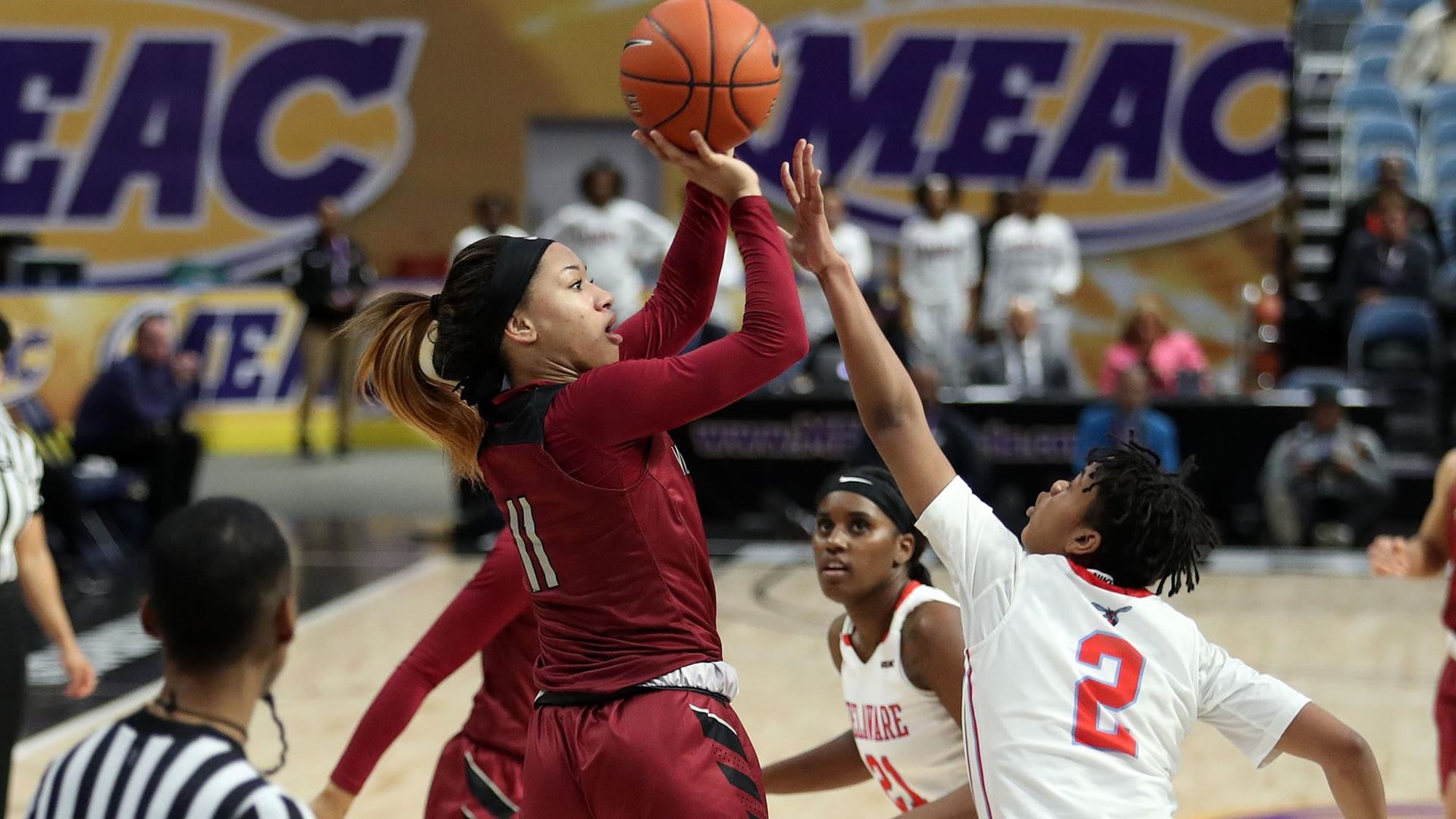 First win in postseason history for the Lady Eagles since going D1.

Sam Cooke might have said it best, “It’s been a long time coming.” Change has come for the North Carolina Central women’s basketball program, they are no longer win less in the MEAC tournament.

The Lady Eagles (9-21) got their first tournament win in program history at the Division I level with an 80-64 win over Delaware State.

The no. 9 seed Eagles took a 36-29 lead to the locker room at the half by virtue of their play inside.

“The game plan was to go inside and to limit their transition game,” NCCU head coach Trisha Stafford-Odom said.  “We had some problems early but Kieche (White) got things going for us and it loosened things up for us.”

MEAC Player of the Year finished with a game-high 27 points and eight rebounds, but her teammates shot a paltry 14-for-53.