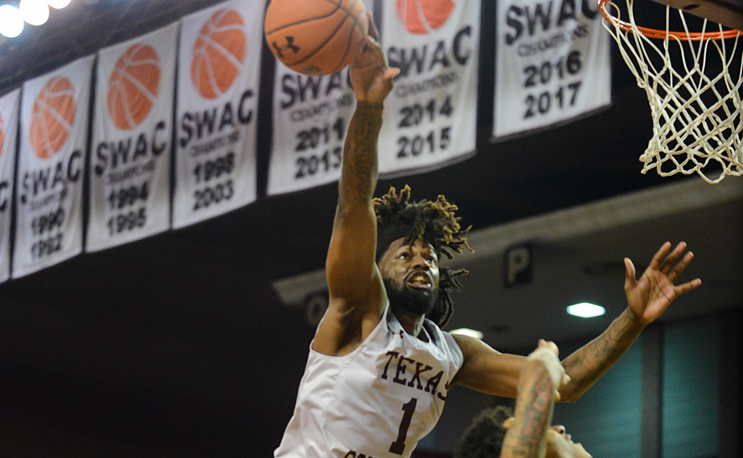 Seven of the last ten player of the year awards have gone to a Texas Southern player.

BIRMINGHAM, Ala. – Texas Southern University Jeremy Combs was named the 2018-19 Southwestern Athletic Conference Men’s Basketball Player and Newcomer of the Year. The announcement comes as part of the league’s reveal of its 2018-19 all-conference teams and honorees.

Prairie View A&M’s Dennis Jones won the Defensive Player of the Year honor, Jackson State’s Jayveous McKinnis earned Freshman of the Year accolades, and Prairie View A&M coach Byron Smith was named Coach of the Year. The teams and individual awards were voted on by the league’s head coaches and sports information directors.

Combs was second in the league in points (16.9) per game, leading the SWAC in rebounds per game (9.0) and ranking near the top of the conference heap in field-goal percentage (.601). The Dallas, Texas native recorded 11 double-doubles on the season and earned player of the week honors five times.

McKinnis averaged 8.3 points, 7.7 rebounds and a league-best 2.1 blocked shots per game for the league’s top ranked scoring defense. A first-team All-SWAC honoree at center, McKinnis shot a conference-best 67.3 percent from the field.

Smith guided the Panthers to their first regular-season championship since 2003, posting a 17-1 record in SWAC play (19-12 SWAC). PVAMU’s 19 wins are the most by the team in this decade. Prairie View A&M’s offense averaged more than 73 points per game, ranking second in the conference.