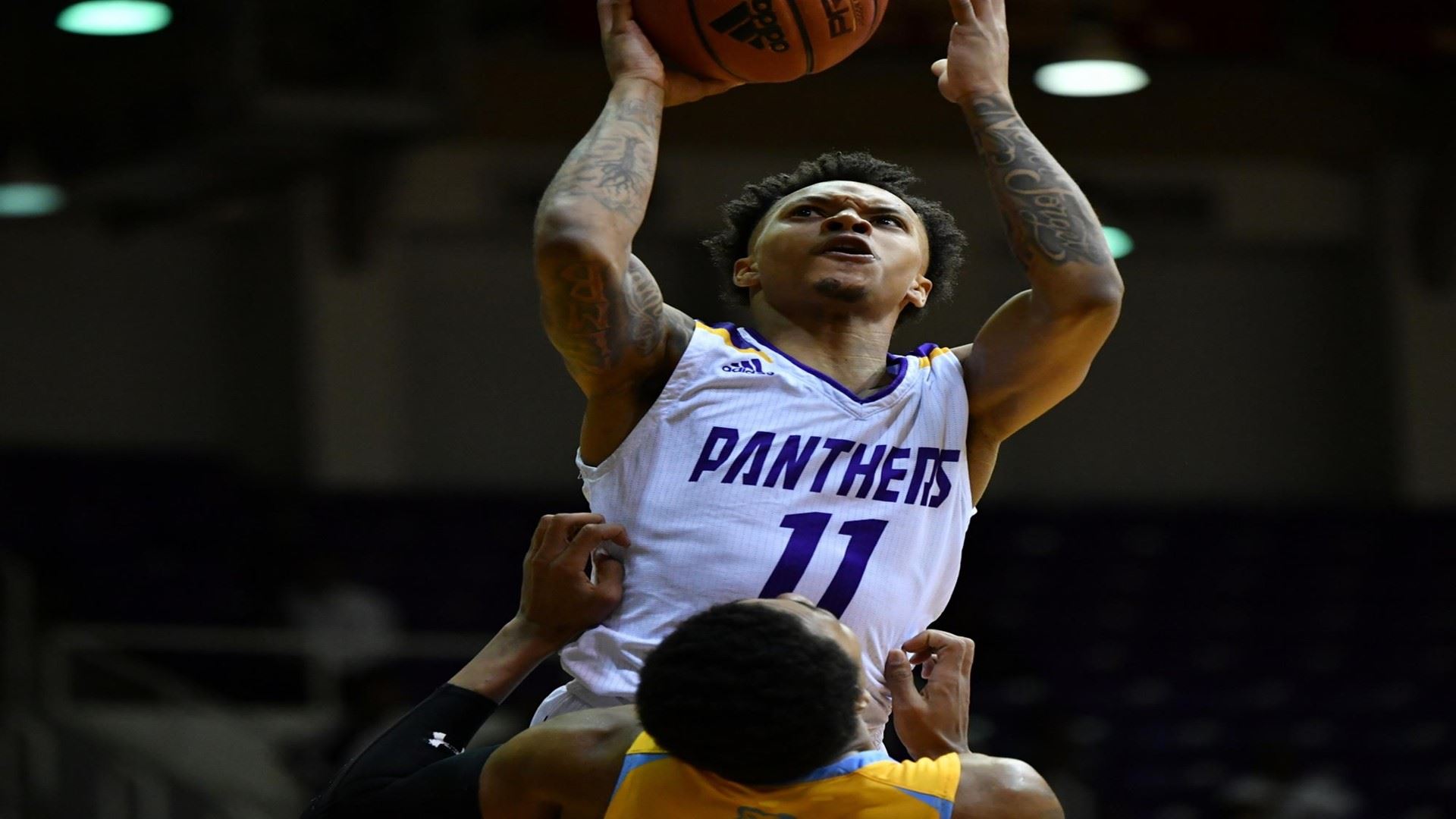 Despite having clinched the no. 1 seed in the SWAC Tournament, Prairie View is not letting its foot off the gas.

Senior guard Gary Blackston was recognized during the pregame ceremonies for reaching 1,000 career points during the Grambling game, back on February 18, 2019.

Senior forward Ellis opened the game giving the Panthers their first points as the teams tied 2-2 early in the first period. A free throw from Blackston, followed by a layup from junior guard Gerard Andrus gave the Panthers its first lead at 5-2 over Southern. A 6-0 run led by Jones extended the Panthers lead to 11-2.

Two back-to-back layups by Andrus sent PVAMU into the half leading 41-27. Lister led the team with nine points.

After an early free throw by Patterson, PVAMU went on a 7-0 run, giving them a 49-32 lead at the 16:35 mark. A layup from graduate Taishaun Johnson extended the team’s lead 51-34. Following four made free throws, a layup from Blackston pushed the Panthers ahead 57-41 with 10:24 remaining in the second half.

Jones scored five straight points for the team to give them a 62-46 lead with just over four minutes left to play. Two more back-to-back baskets from Patterson extended the team’s lead 66-50 before a free throw from Jones brought the score up to 67-51. A three-pointer from Jones put the team up 71-53 with under a minute left in the half.

A layup from freshman guard  Williams sealed the Panther’s 73-55 win over Southern.

Jones led the team with 14 points, and five assists, while Patterson followed with 13 points and six rebounds. Lister also contributed with 12 points, one rebound, one assist, one block, and one steal.

The Panthers will play their last game of the season on Saturday, March 9 for senior night against Alcorn State University at 5 p.m. in the Baby Dome.