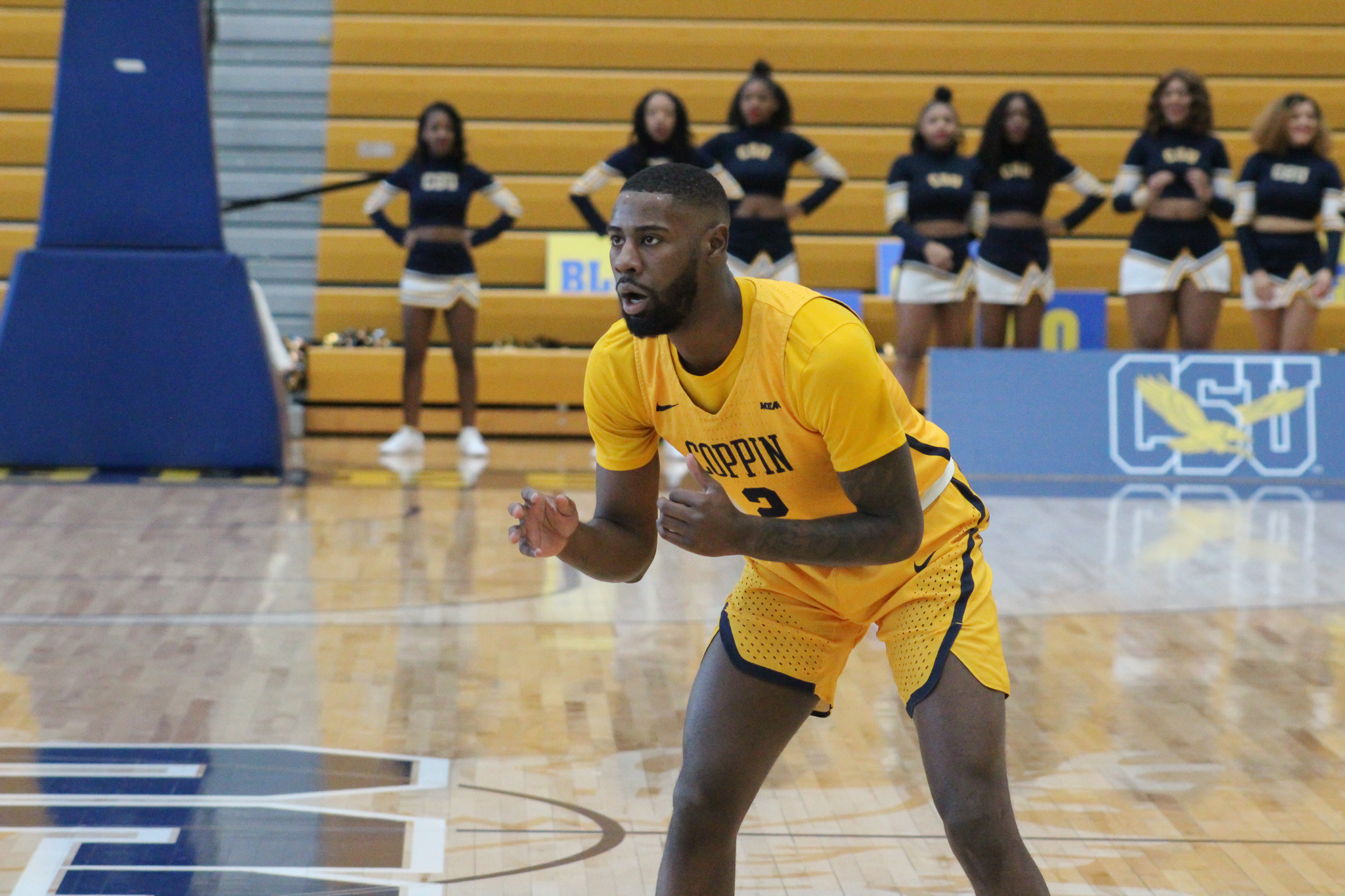 It was Senior Night at Morgan State as Bears fans saw their seniors play one more time under the bright LED lights of Hill Field House. Meanwhile, Coppin State fans showed up in all black, were very loud, and cheered their team on to victory. The victory was once again gained by the Eagles as they defeated Morgan State, 83-69.

Just like the last contest, the Bears played the Eagles tough. What proved to be the difference early on was shooting. The Eagles scored 21 points from three in the first half. They made their free throws and challenged the home team early on. Unfortunately for those rooting for the true orange and blue, the early push was hard for MSU to overcome. They shot 26 percent from the floor and 21 percent from three in the first half. Those numbers improved in the second half but the Eagles got hotter. They shot 51 percent from the floor in a second half that quieted the home crowd.

When the clock ran out, Coppin State picked up a huge win over their rivals. This win cemented CSU’s first season sweep over MSU since 2015.

What hurt Morgan in the game was not free throws, bench play, fouls, or even turnovers. The biggest reason for this latest loss was shooting. They took more shots than the Eagles and did not get in their grooves. Shots seemed forced and was highly contested. Also, the Eagles were just plain physical. They grabbed 50 rebounds, 18 more than the Bears. Additionally, 30 points were scored in the paint and 22 points scored was from second chances.

Chad Andrews-Fulton had a field day. He scored 24 points and grabbed 18 boards. Freshman Isiah Burke had a career-high 21 points in the loss. A bright spot for the Bears was that Martez Cameron set the school record for assists.

Just like the Women, these two teams will not be done with each other. They will face off during the MEAC Tournament on Tuesday evening.