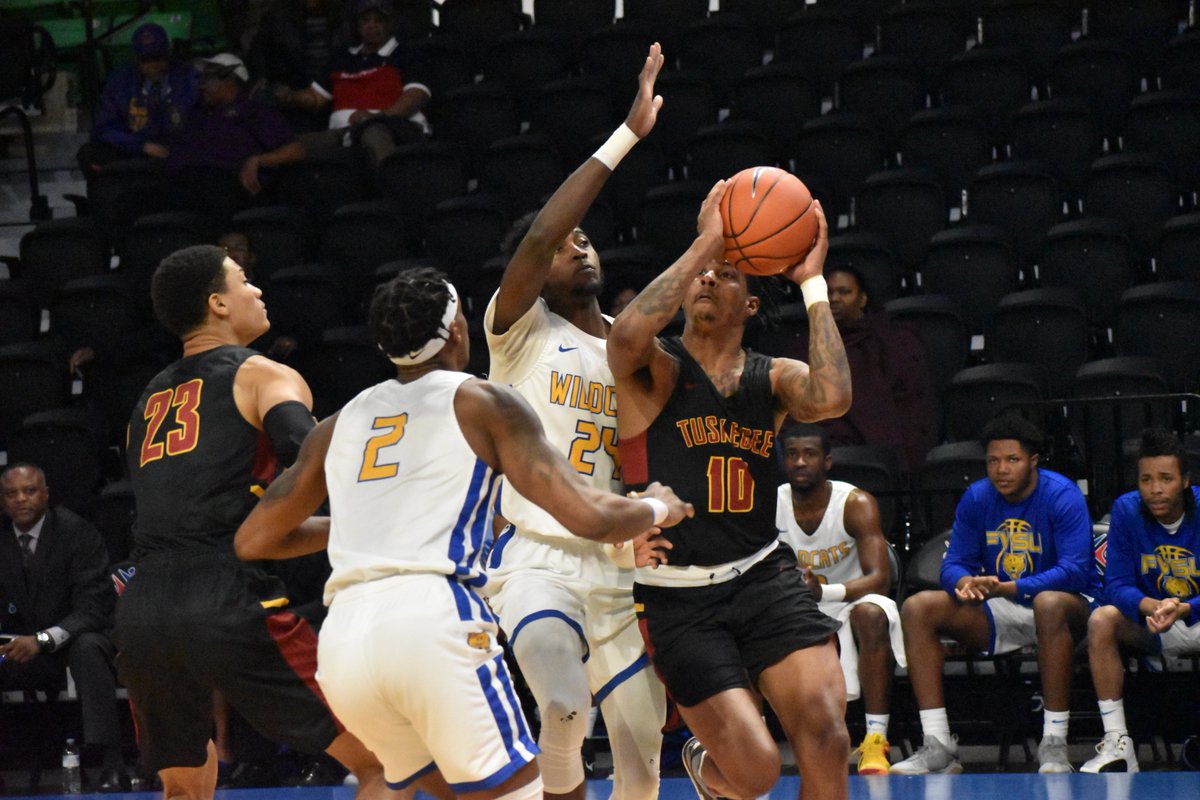 In state rivalry should play well in Birmingham.

BIRMINGHAM,AL–Tuskegee was able to shake off a cold start at the beginning of the first and second half to get past Fort Valley State in the opening round of the SIAC Tournament with a 74-60 win.

It’s the first time in three seasons that the Tigers were able to get past the opening round. Fort Valley had slim hopes of making it back to the championship game for the first time since 2016-17, and they were dashed midway through the second half.

The Wildcats trailed by ten at halftime but opened the second half on run to trim the lead down to 36-34. Tuskegee came to life with about ten minutes to go and pushed the lead back to double digits, making the box score seem easier than the actual game.

Next up for Tuskegee is its arch nemesis and unofficial tournament host Miles College. Fred Watson is in his first year at Miles after a long run at Benedict, and he has the Bears sitting pretty with a no. 1 seed in the Western Division.

Tip-off for Miles vs Tuskegee is set for Wednesday at 3 pm. The Golden Bears swept the season series two games to none during the regular season.