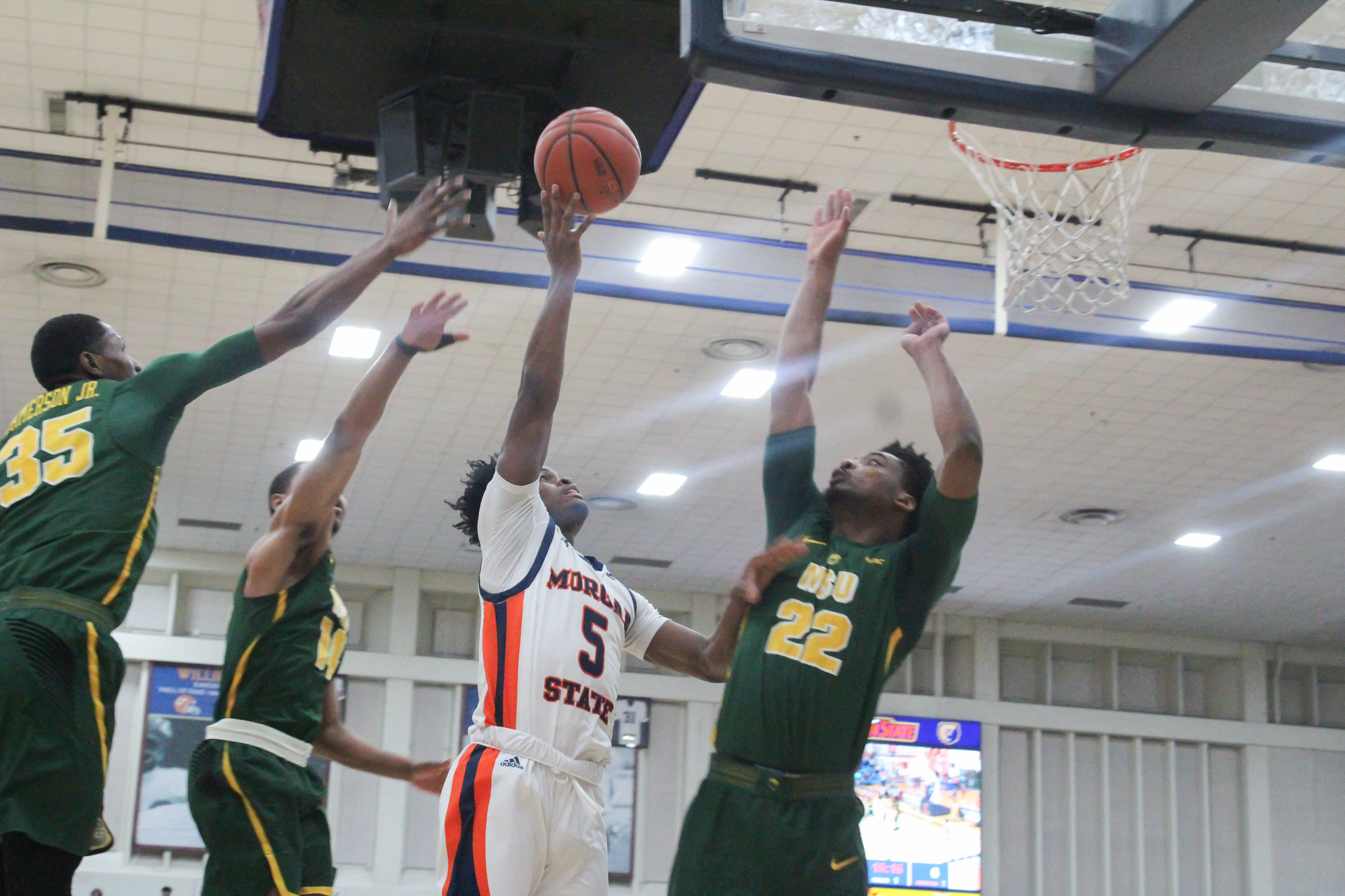 NSU looks like it will be the top seed in the MEAC Tournament come March.

The Norfolk State Men’s Basketball program has been on a major this season. NSU picked up its 12th MEAC win of the season on Saturday in a tough 75-74 matchup with Morgan State in Baltimore on Saturday.

This game between two teams on the opposite end of the standings turned out to be close for the majority of the contest. The Spartans biggest lead was eight points, and that came late in the second half after some sharp shooting from the three. But before they got there, both teams battled closely in the first half.

Stanley Davis and Kyson Rawls both scored eight points for the Bears in the first half. As a whole, their 38 percent from long range and 66 percent mark from the free throw line helped the Bears early on. Mastadi Pitt and Jordan Butler went to work early. Pitt scoring 13 as Butler put in a tough 10 points. The Spartans made their mark by drowning the Bears with accurate jumpers and physical play from the start. Norfolk State walked into halftime with a 45-41 lead.

Coming back from the second half, the defense was the theme of the house of both teams locked down. Both squads only made one three-pointer and made less than 11 field goals after a hot first half. Questionable foul calling for both teams slowed the game down. Morgan State shot 23 foul shots in the second half alone. Norfolk was hot from the charity stripe as well. As everyone grew restless from the constant free throw shooting, things started to head up towards the end of the game.

With two minutes left, Kyson Rawls got the lead for the Bears. Down by one with a score of 71 to 72, Alex Long added two points from the free throw line. Stanley Davis missed a layup with 21 seconds left in all type of traffic. MSU fouled Nic Thomas right after. Thomas made both of his free throws, making the score 75 to 72. Isiah Burke drove the ball in a situation when a three-point shot would’ve tied the game. He made his layup and was fouled. But he missed his free throw. Long was sent to the line for the Spartans but he failed to extend the lead. Stanley Davis missed the go-ahead layup as the clock ran out.

Norfolk State walked out of Hill Field House with a win, sending MSU to their fith straight loss. Mastadi Pitt led the Spartans in scoring with a 21 point performance. The Bears had five players in double figures. The Spartans are super close to capturing the top seed in the MEAC tournament.

For MSU, their current pace could lead them to their worst MEAC conference record in the Todd Bozeman era.