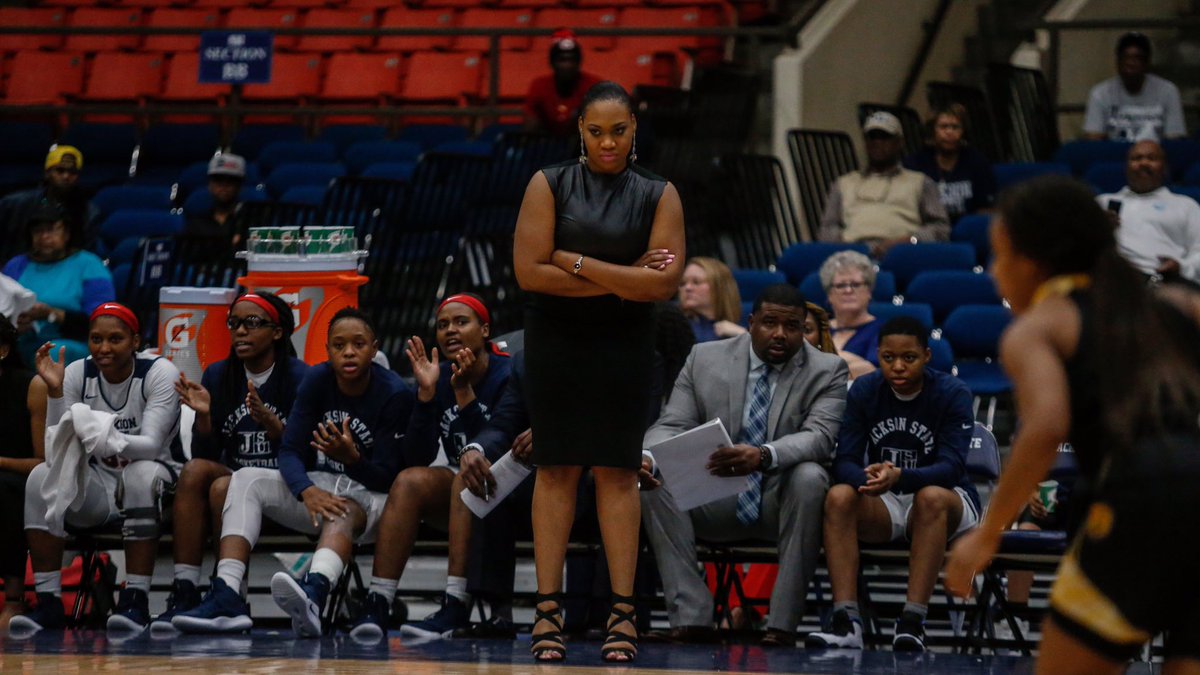 When the two teams clash Saturday afternoon Grambling has revenge on its mind.

Jackson, Miss. – Before the Jackson State women’s basketball team played Grambling State on the road in its first matchup, the Lady Tigers were coming off a road loss to Texas Southern and were 1-5 in conference play in late January.

Desperately needing a win against a top-tier team in Grambling that features one of the premier point guards in the country in Shakyla Hill, the Lady Tigers did not let those two factors hinder them from going on the road and handling business, earning a much-needed conference victory.

For JSU, the win over Grambling was a turning point. Four weeks removed from its victory against GSU, Jackson State (11-13, 7-6) has won five of its last six games with its only loss coming recently at home against Prairie View 89-80.

It is late February with another week before March begins, the most important time in college basketball. With only five games remaining in the regular season for JSU, Lady Tigers coach Tomekia Reed said she is only concerned about taking each game one at a time.

“I don’t think we can process too far down the road,” Reed said.

“I think we have to just focus on the team that is in front of us. It’s been a motto early, something we would say together – SWAC champs – and then we stopped saying that and started saying beat the next opponent, whoever the next opponent is.”

The Lady Tigers host a hungry and focused Grambling team looking for redemption in its 77-74 loss to JSU early in conference play. Grambling is coming off a 73-57 win over Prairie View.

When the two teams clash Saturday afternoon in the Lee. E. Williams Athletic and Assembly Center, it will be a tough, competitive matchup.

“Considering the game we had at their place, they feel like they should have come back and won the game but we were able to walk away,” Reed said.

“Grambling is really good on the outside and their inside game is pretty good as well. So, we have to be all around defending Grambling.”

The second half, however, was a different story. Grambling fought back and outscored Jackson State 55-35 and Hill scored 16 of her 18 points in the game in the three-point loss.

And for Reed and her team, they know a lot of attention will be put on Hill to get Grambling going in the game.

“We have to limit her touches,” Reed said.

“When she gets the ball, we have to be ready to protect and defend off the ball. Nobody can relax on the floor when she has the ball because she does a great job of getting to the basket. She’s a good player, she’s going to have some, she’s going to score some but if we can keep her under her average, I think we will be good to go.”

Hill, who notched her second career quadruple-double when GSU defeated Arkansas Pine-Bluff 77-57, is the first male or female player in NCAA Division I history to earn this feat twice. The 5-foot-7 senior guard enters Saturday’s game averaging 18.8 points (leads the SWAC), 10 assists (leads the SWAC), 6.0 rebounds (second in the SWAC) and 4.7 steals (first in the conference).

But beyond Hill, Grambling (12-13, 9-4) features other playmakers at the guard and forward positions.

Jazmin Boyd – a guard who came off the bench and scored 16 points and three rebounds against JSU – is the second leading scorer for GSU, averaging 12.7 points per game and seventh best in the conference.

Grambling – a team that sits in a three-way tie for second place in the conference – will look to come out with that same intensity from the second half of the JSU matchup, limiting the Lady Tigers offensive opportunities and taking care of business on both sides of the ball.

“We are going to see a lot of full-court pressure from Grambling,” Reed said.

“They’ve really increased their full-court defense the last four or five games. So, we are going to see a lot of full-court pressure that we have to handle.”

Jackson State, a team that currently sits sixth in SWAC standings, is up for the challenge. According to Reed, players like senior guard Christina Ellis embrace the challenges of playing against good teams and elite players.

“The last three of four games against top players on the other team, Christina has come and said I want to guard them. Let me defend them,” Reed said.

“That has been impressive considering how quiet she is and how laid back she is. She’s really putting the bag on her shoulders to help carry the team into a victory and not get so much caught up in individual play versus another player.”

Ellis, who was only one of three Lady Tigers to finish in double figures in the January matchup, led the team in scoring with 26 points. She averages 12.8 points per game.

Reed said having both Causey or “CC” as she is referred to and Hamer on the court at the same time makes a difference in the level of play in her team.

“When we put those two on the floor, CC thrives,” Reed said.

“Mo opens the floor for CC. And CC knows how to feed the ball inside to Moe. It’s just a great combination.”

Hamer comes into Saturday’s game as the leading scorer for the Lady Tigers, averaging 15.8 points per game (second in the SWAC) off the bench.

Statistically, both teams are two of the highest when it comes to scoring as JSU averages 68.7 ppg (first in SWAC) while GSU sits at 62.8 ppg (third in the SWAC). Defensively, GSU sits at sixth in scoring defense (67.4 ppg) and JSU at seventh (67.5).