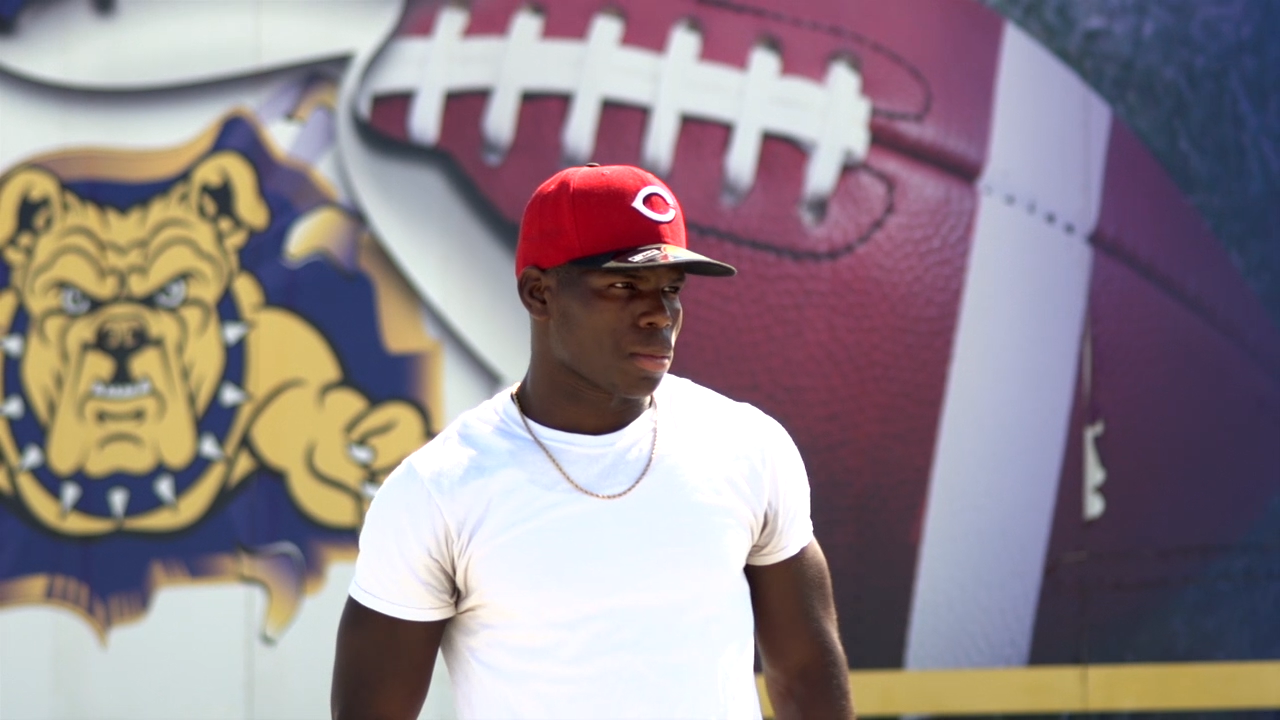 ATLANTA (February 13, 2019) – The Black College Football Hall of Fame announced today that Chicago Bears running back and return man Tarik Cohen and Indianapolis Colts linebacker Darius Leonard have been named the Black College Football Pro Player of the Year Award, Presented by the NFLPA. The Award recognizes the most outstanding professional football player from a Historically Black College and University. Arizona Cardinals safety Antoine Bethea was selected as the inaugural recipient in 2017.

Cohen attended North Carolina A&T State University, from the Mid-Eastern Athletic Conference, and was drafted by the Chicago Bears in 2017. During the 2018 season, Cohen rushed for 444 rushing yards and three touchdowns. He also had 71 catches for 725 yards and five touchdowns, along with a league-leading 411 punt return yards. He was named to the 2019 Pro Bowl roster and first-team All-Pro as a return specialist.

The 6-foot-2, 234-pound Leonard played for Coach Buddy Pough at South Carolina State University, and was selected by the Indianapolis Colts in the second round of the 2018 NFL Draft. He finished his rookie season with 163 combined tackles (111 solo), eight pass deflections, seven sacks and one interception. His 163 tackles led the NFL and broke the Colts’ franchise record. Leonard was named NFL Defensive Rookie of the Year, first-team All-Pro and selected to the Pro Bowl.

“This award was established to shine a light on the immense talent of current Black College Football players at the highest level,” said James “Shack” Harris, BCFHOF Co-Founder and 2012 inductee.

“Today, there are about 30 players from Historically Black Colleges and Universities on active NFL rosters,” said DeMaurice Smith, NFLPA Executive Director. “Some of the best players in NFL history are from HBCUs, and it’s exciting to honor today’s stars.”

“On behalf of the Black College Football Hall of Fame Trustees and Selection Committee, we congratulate Tarik and Darius on this historic accomplishment,” said Doug Williams, BCFHOF Co-Founder and 2011 Inductee. “These men are great role models and an inspiration for youth across the country.”