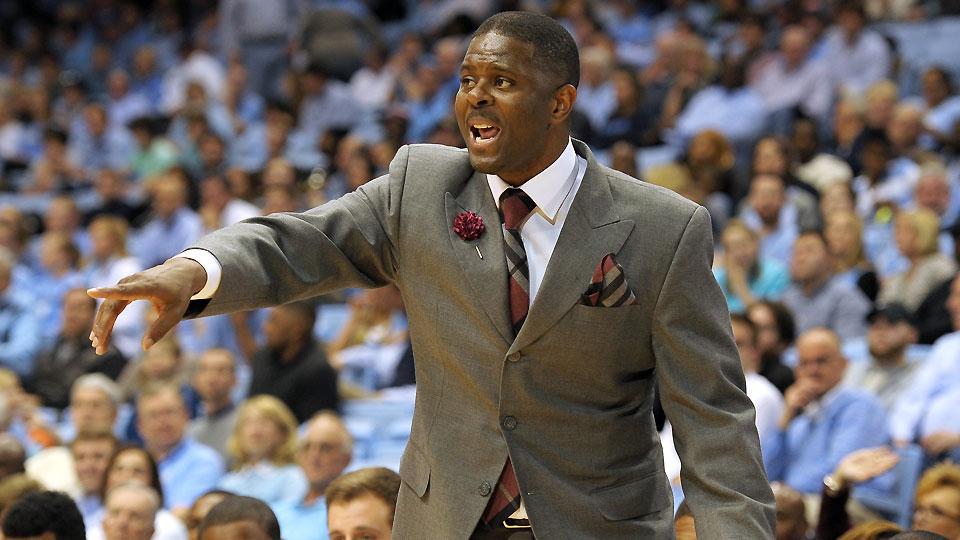 The face of Eagles’ basketball will have his jersey raised to the rafters.

It’s hard to find someone who embodies North Carolina Central the way that LeVelle Moton does.  The school is honoring its current coach and former star player by retiring his jersey on February 5 at halftime of the Hampton game.  That game will be televised on ESPNU.

Moton played for the Eagles from 1992-1996 and was named the CIAA Player of the Year his senior season.  He was a two-time all-conference selection and is the school’s third all-time leading scorer with 1,714 career points.

So this guy is having his @NCCU jersey retired Monday night. Congrats @LeVelleMoton and be sure to wear the one sleeve to the ceremony! Check out this vintage video!! pic.twitter.com/c4h7aLJhzA

In an interview with HBCU Gameday last year Moton explained his decision to attend NCCU over Wake Forest and N.C. State.

Moton was promoted to head coach at NCCU in 2009 becoming the 17th head coach in school’s history.  Entering this season he had a 152‐103 record as head coach.

🚨🚨 Excited to announce the jersey retirement of our beloved coach, LeVelle Moton! (7:00 pm at halftime of the men’s game versus Hampton) pic.twitter.com/a36vbXunHB

More greats to be honored

The Eagles will also retire the jerseys of Amba Kongolo and Charles “Tex” Harrison this season as well.  Kongolo’s jersey will be retired this Saturday at halftime of the Delaware State game. Harrison will have his jersey retired along with an honor for the late legendary coach John McLendon.  HBCU Gameday interviewed McLendon’s grandson last year prior to his induction into the Naismith Hall of Fame.

McLendon coached the Eagles from 1940-52,  winning more than 77 percent of his games.