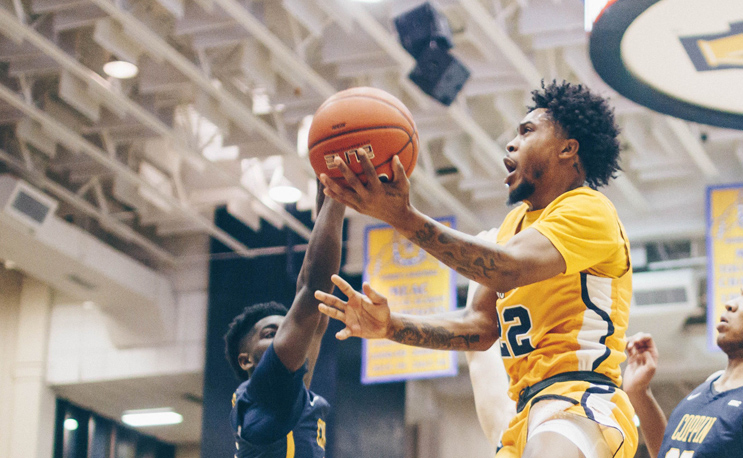 North Carolina A&T went on the road to face a hostile crowd at North Carolina Central and came away with two wins, albeit close ones.

The Aggie women tipped things off with a 52-49 win over Eagle women. The men repeated that feat by beating their opponents 51-48.

The women’s game was not very estetically pleasing. The two teams shot under 28 percent and combined for more turnovers (45) than field goals (33). NCCU was especially careless with the ball, turning the ball over 28 times. A&T’s C’Coriea Foy’s 16 points put her as the only double-figure scorer in the game.

The men’s game wasn’t much more crisp. Both teams shot under 40 percent, NCCU hitting just 35.1 percent and 37.5 percent for A&T. Randy Miller (21 points) and Raasean Davis (12 points, 15 rebounds) had solid games for NCCU, but only three other players scored and no one else scored more than seven points as the team dropped its second MEAC contest in as many games.

Ronald Jackson was the lone double-figure scorer for A&T with 16 points, and it needed every one of them. A&T went 7-for-22 from the 3-point line which proved to be the difference as NCCU was just 3-for-22 from deep. The win improved A&T’s record to 11-9 overall, 6-0 in the MEAC, allowing it to keep pace with Norfolk State in conference play.