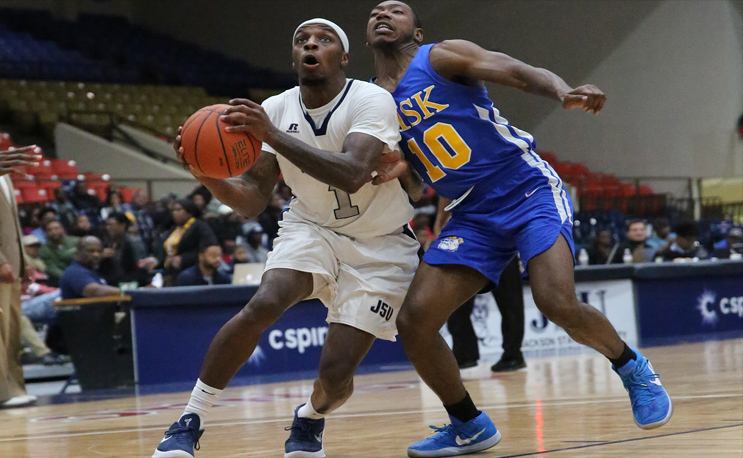 GRAMBLING, La. | The Grambling State University men’s basketball team trailed by as many as 12 points in the second quarter and cut the margin to one twice over the final 35 seconds, but came up short against Jackson State, 65-63, in a Southwestern Athletic Conference (SWAC) game on Saturday at the Fredrick C. Hobdy Assembly Center.

Chris Howell led Jackson State (7-13, 4-3) with a double-double of 19 points and 10 rebounds, along with two steals and a pair of assists. Venjie Wallis registered 14 points, five boards, four assists and three steals.