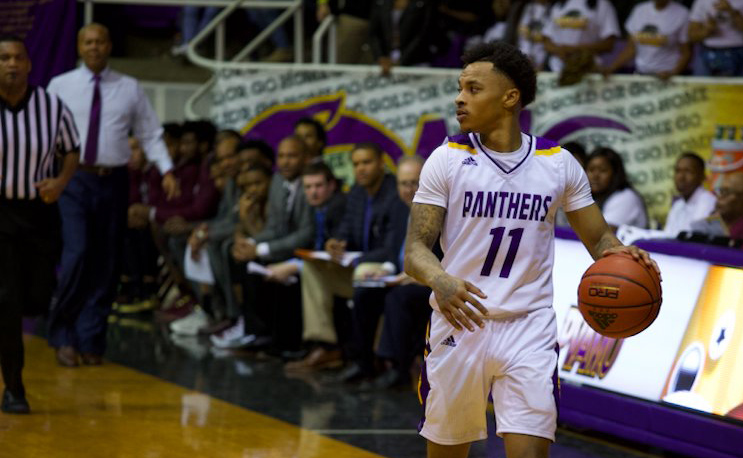 Texas Southern has some big-time wins in its back pocket, but the SWAC won’t be a cakewalk to the tourney.

Beating a Power Five team is rare for an HBCU. Beating three in two months is practically unheard of. But Texas Southern has pulled it off this season, beating Baylor, Oregon, and Texas A&M before diving into SWAC play. With those impressive wins in its back pocket comes of just how high a seed it could get in the NCAA Playoffs.

Saturday’s 79-73 loss to rival Prairie View showed that just because TxSO scored some big wins out of conference doesn’t mean the rest of the SWAC is going to lay down. PV led almost the entire game as Andrus Gerard scored 24 points and grabbed seven boards to come up with the upset.

Player of The Night

Yeah, Texas Southern dropped a tough one to PVAMU, but Jeremy Combs put in work to try to keep it from happening. He put up 23 points on 6-for-11 shooting from the field and grabbed 20 rebounds.

Player of The Night

Shakyla Hill of Grambling has done it again. We already know that Hill is one of the most versatile players in college basketball, and she showed it again on Saturday. Facing rival Southern, she ripped off 20 points, 10 rebounds 10 assists. Full story, here.