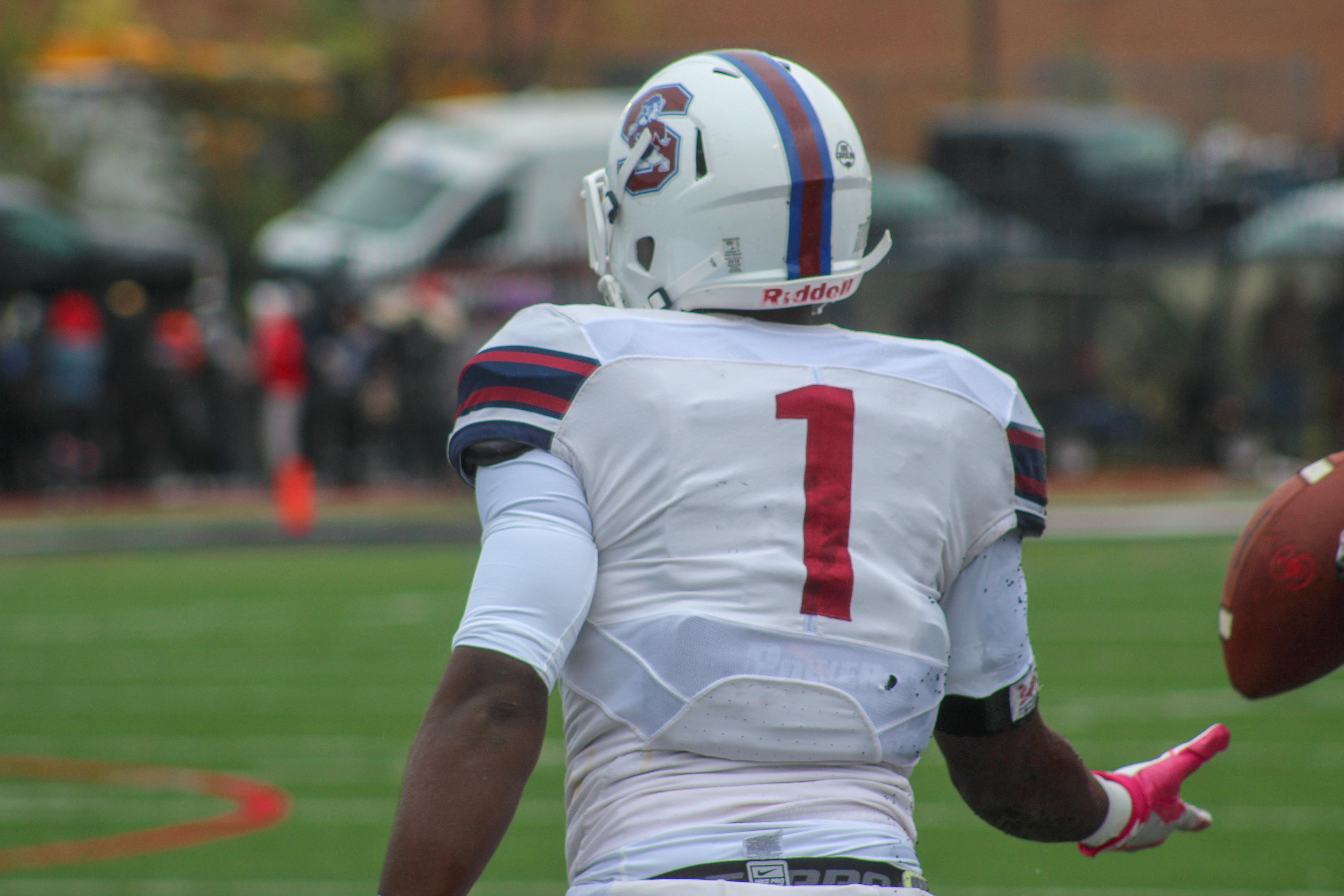 South Carolina State coach Buddy Pough’s future was in doubt for most of the 2018 season. His contract was up and many expected a chapter to end. But there are more chapters to be written into his legacy as both sides have agreed for another year for the Bulldogs’ coaching legend.

After two losing seasons in 2016 and 2017, Pough’s contract was not extended by the university. There was much speculation heading into the season that he would be making his final go-round in 2018. He even mentioned retiring at the end the season. After starting 0-4, the chapter seemed to be closing.

But as the MEAC landscape got a little crazy, his Bulldogs were wreaking havoc. They went 5-2 in their last seven games. They contained Caylin Newton on Howard’s homecoming and later defeated Florida A&M by 21 points the following week. Two out of their three MEAC losses were less than five points as well.

As the dust settled on the season, Pough said he ed to keep coaching”. His team’s strong performance during the conference slate gave the coach a boost. That boost was impressive to SC State’s administration as he was granted the 18th season on the sidelines of South Carolina State.

“The big thing I want to know is do we have the pieces in place to have the opportunity to be successful. That’s what I’m more concerned about at this point.”

The pieces might be more in place than most might expect. Pough’s 18th season will be following a season where his Bulldogs were hot and competitive for the majority of the season. The coach stated he only has eight scholarships left to give out for this recruiting cycle. His current roster is currently filled with players who will be sophomores and juniors in the fall.

The exact details of his new contract are currently still being addressed but his return surely is a good sign for SC State fans. Despite the current lack of clarity of this current situation, what’s clear is that Coach Pough’s reign at South Carolina State is not the norm compared to other MEAC teams.

Pough’s first season as head coach was 2002 and the landscape of the conference has changed drastically. In terms of branding, the logo was completely different. Games were shown on networks like BET, the Heritage Sports Network, and other smaller networks that are now folder or observed into regional TV networks. NC Central and Savannah State weren’t in the conference. Hampton was a key member. Florida A&M tried to go FBS in 2004. Winston-Salem State came and went.

The MEAC teams have seen their fair share of coaches. Since Coach Pough has been hired as Head Coach at SC State, Florida A&M has seen seven different head coaches in that span.

Howard and Delaware State have had three different head coaches each in the past five years. Bethune-Cookman and North Carolina A&T has had two as well. Successful coaches, bad ones, or just even some retirements; keeping a coach for a long time in the MEAC is just rare. It’s plain and simple.

To be direct, it’s stability that makes Pough’s reign so significant. On the FBS level, 68% of programs had a coach who had less than five years coached at their respective program. On the FCS level, it’s true as well. Dominant powerhouse North Dakota State seen two coaches since 2002, Eastern Washington and James Madison have had three each. The number seems short but even the best teams have their fair share of transitions.

On the HBCU level, Gramling has seen five different head coaching stints from four men since 2002.

Six first-place finishes, five-second place finishes, and only four losing seasons in 17 years of work. We’ve seen other teams have their reigns like Hampton, Bethune-Cookman, NC Central, and now North Carolina A&T. But his work has always kept SC State consistent. Even during his worst season in 2017, the Bulldogs lost five games by 8 points or less. Even on a bad day, it will take some work to defeat a Buddy Pough team.

We don’t know what’s in store for the Bulldogs during the 2019 season but we do know who will be behind the wheel once again.