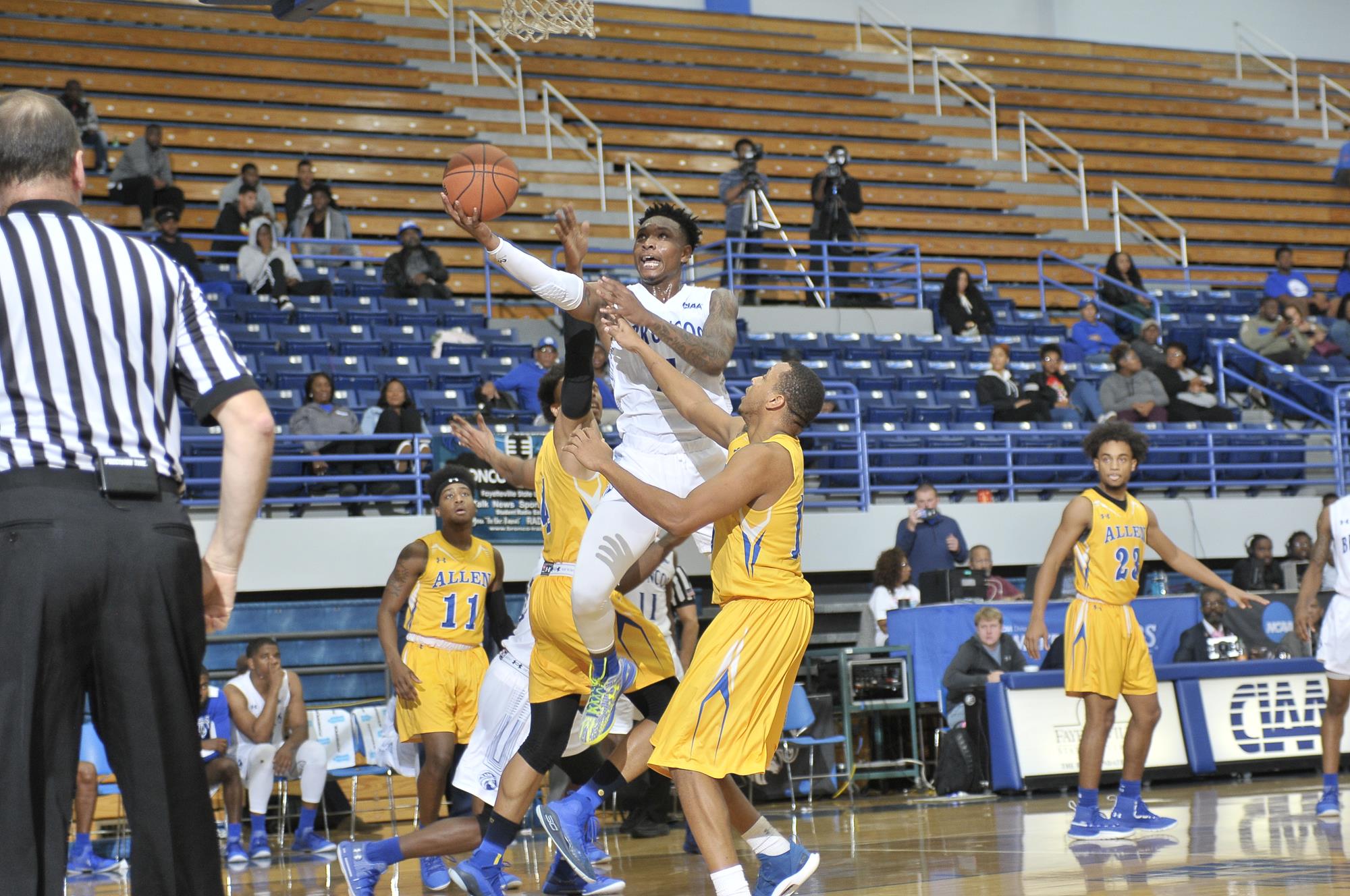 A major upset in the CIAA.

Fayetteville, NC – Fayetteville State now has a 1-1 record in the 2019 calendar year after holding off Lincoln (Pa.) with a 77-73 conference victory in the Felton J. Capel Arena. The Broncos (2-9 overall, 1-3 CIAA) shocked the Lions with a 41-34 halftime lead and led the entire second half.

“Lincoln came in here ranked in the region,” said Broncos Head Coach Ken Spencer. “Our guys were able to remain focused on the game plan and sustain a couple of runs to come out with a good win.”

Lincoln (Pa.), who falls to 11-5 overall and 4-1 in the conference, had a lightning-fast start with a 20-10 lead in the first seven minutes of the game. Fayetteville State took its first lead of the game with a 16-5 run in the following six-minute span and never looked back.

JaQuel Richmond led the Broncos with 20 points and 7 assists. Joshua Bryant set aside his scoring role to contribute a double-double of 11 points and 10 rebounds. Raymon Pratt scored 17 and Nakia Rivers sank 16 points.

Fayetteville State will host Virginia Union on Saturday, January 12th in Capel Arena at 4:00 p.m. Admission is FREE for all.