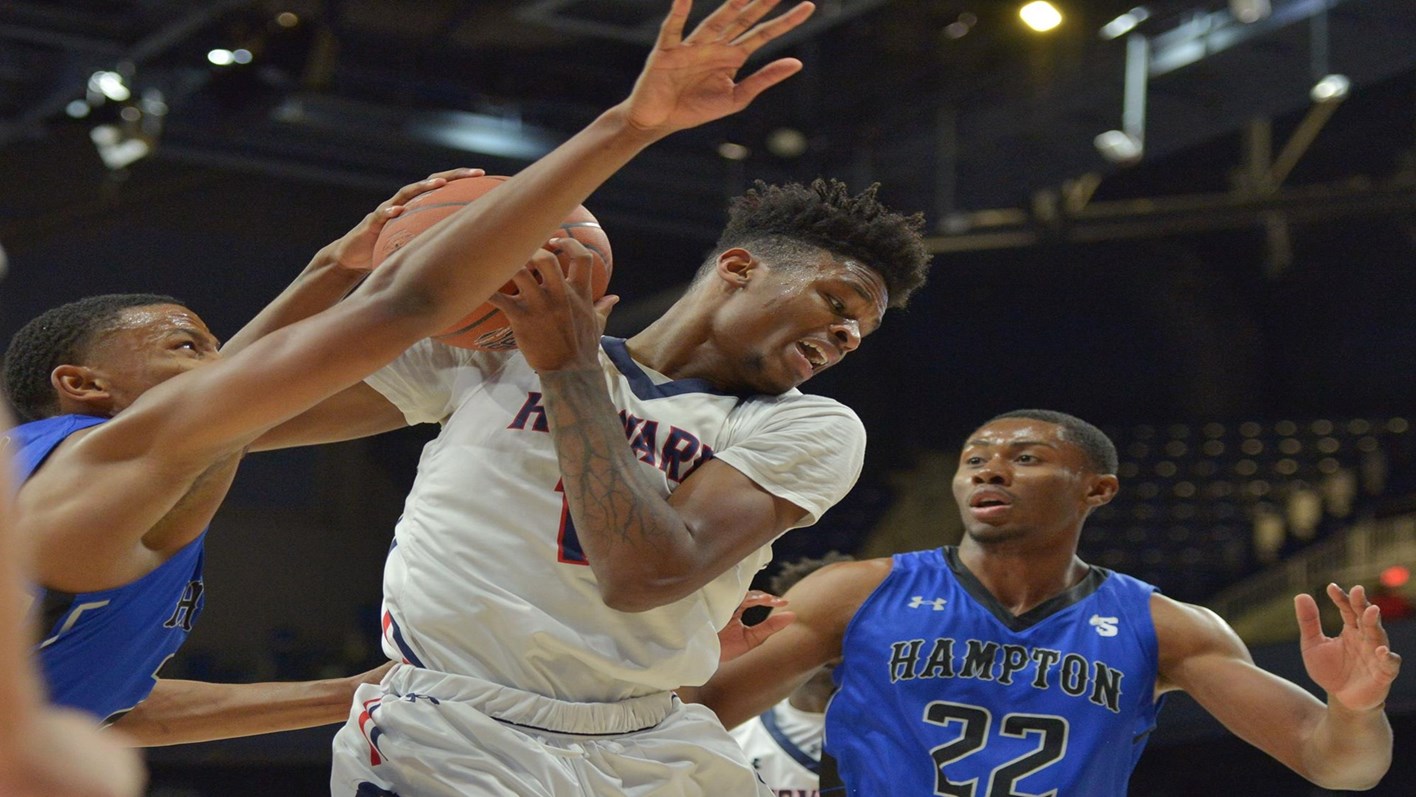 The nation’s capital has spurned a shutdown but there was no shutting down Hampton on Saturday night in Washington, D.C.

Hampton (5-7) won for the 16th time in a row over Howard (6-7) after shooting a blistering 63 percent against the Bison in the second half.

The affectionate “Battle of the Real HU” was a tale of two halves. Howard led 39-32 at the half, but Hampton scored 57 points after the break to take the 89-82 win in the DC Holiday Hoops Fest.

The win for Hampton (5-7) was the 16th in a row over Howard and the 21st in the last 22 games against the Bison.   Hampton University coach Buck Joyner has not lost to Howard in his tenure.

The battle between two of the best guards in HBCU basketball lived up to the hype. Jermaine Marrow led the Pirate effort with 31 points and seven assists. He moved into 12th place on the All-Time Scoring List with 1,452 points. Howard guard RJ Cole kept up the pace with a team-leading 29 and six assists.

Hampton has won 21 of the last 22 against Howard and Pirates’ coach Buck Joyner has never felt the sting of defeat from this longtime rival.