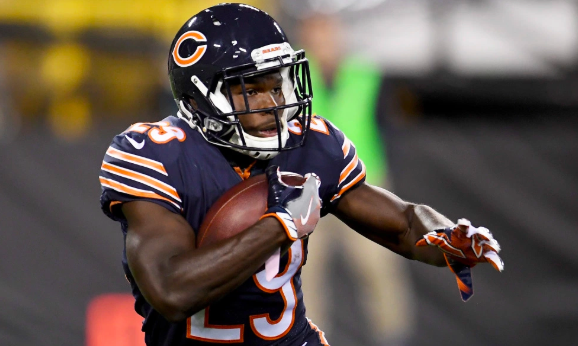 HBCU alumni Tarik Cohen from the Bears and Terron Armstead from the Saints are selected to their first pro bowls.

The Human Joystick has juked his way into the spotlight again. Tarik Cohen was selected to the NFL Pro Bowl rosters on Tuesday.

A joystick has multiple uses and Cohen has been used in many ways so far this season. He’s currently averaging 4.6 yards per rushing attempt with 405 total rushing yards. Cohen also has 710 receiving yards and 68 receptions as well. He has two touchdowns on the ground and five through receiving. Cohen is currently the second leading receiver within NFL running backs.

Cohen is not the only player from an HBCU to be selected so far. Former Arkansas-Pine Bluff’s Terron Armstead from the Saints was also selected.

Darius Leonard seemed to be a sure pick since he leads the league in tackles but he was snubbed. That could change as players drop out. Stay tuned.