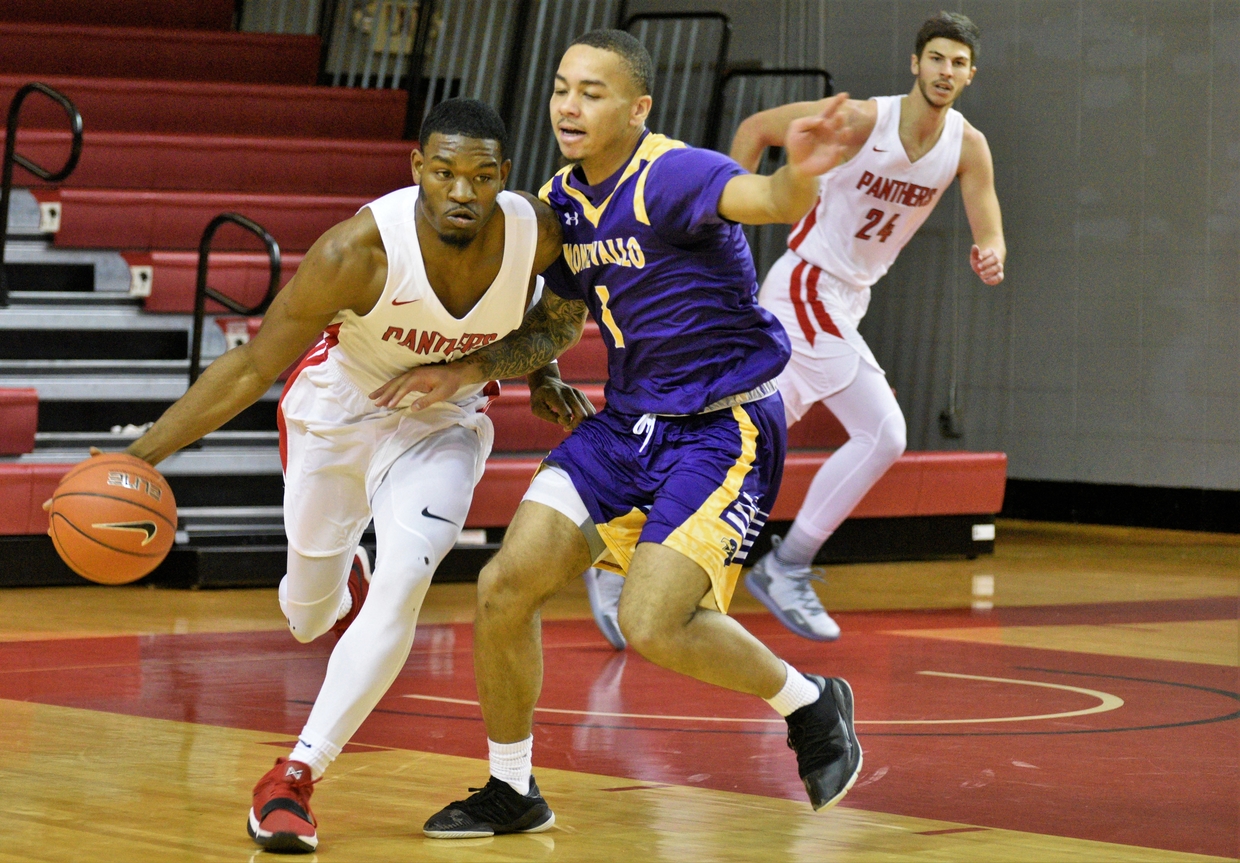 The Panthers put together back to back wins for the first time this season.

Austin Donaldson banked a long 3-pointer with three seconds left on a night he was celebrating his birthday to lift Clark Atlanta to a 58-55 win over the University of Montevallo in L.S. Epps Gymnasium Tuesday.

The win is a big one for the Panthers (3-6, 0-2 SIAC) who have now won two in a row heading into a two-game Southern Intercollegiate Athletic Conference road trip this weekend. It avenges an earlier close loss 68-65 loss at Montevallo (3-8) in November.

“It was a great effort for our guys,” said CAU Head Coach George Lynch.  “We came out of a few timeouts and didn’t quite execute plays, but they competed and fought hard and fought through when we got down five- to seven-points at a time and got back into the game.”

Montevallo turned things around in the second half, going up by seven points midway through the half on Carl Johnson’s layup which made it 44-37.  But the Panthers made a run over the next four minutes, tying the game on two Ian Roach free throws.   Montevallo tried to shake off the Panthers, taking another five-point lead – 55-50 – after a Jack Youmans free throw with 2:23 remaining.

Shelvick Henry, fighting off a shoulder injury, countered with a lay-up followed by a 3-pointer to tie the game at 55-55 with 1:02 left.

CAU then turned up the defense on the next Montevallo possession with Donaldson stealing the ball from Johnson and then banked a 3-pointer deep from the right side with three seconds left, sealing the win for the Panthers.

“Austin is one of the players who has spent a lot of extra time in the gym,” Lynch said.  “He’s been struggling a little with his shot.  But we’ve been asking a lot of him, demanding him to be the point guard and trying to get everybody in the game.  But he came up big for us. For a kid who puts in the extra time like he does – and Tuesday was his birthday – it was a great way to go out.  Not sure I was looking for a 3-point shot with the game tied, but it went in off the glass and sometimes you have to have a little luck.”

The Panthers now hit the road this weekend where they take on SIAC foe Central State on Saturday, Dec. 15, and Kentucky State on Monday, Dec. 17. Lynch hopes the wins over Montevallo and Lane can provide a boost to his team heading into conference play in earnest.

“It’s very big,” he said. “Hopefully we can go up and get both of those wins and improve on the previous games and Tuesday’s performance. It will be a big test for us.”