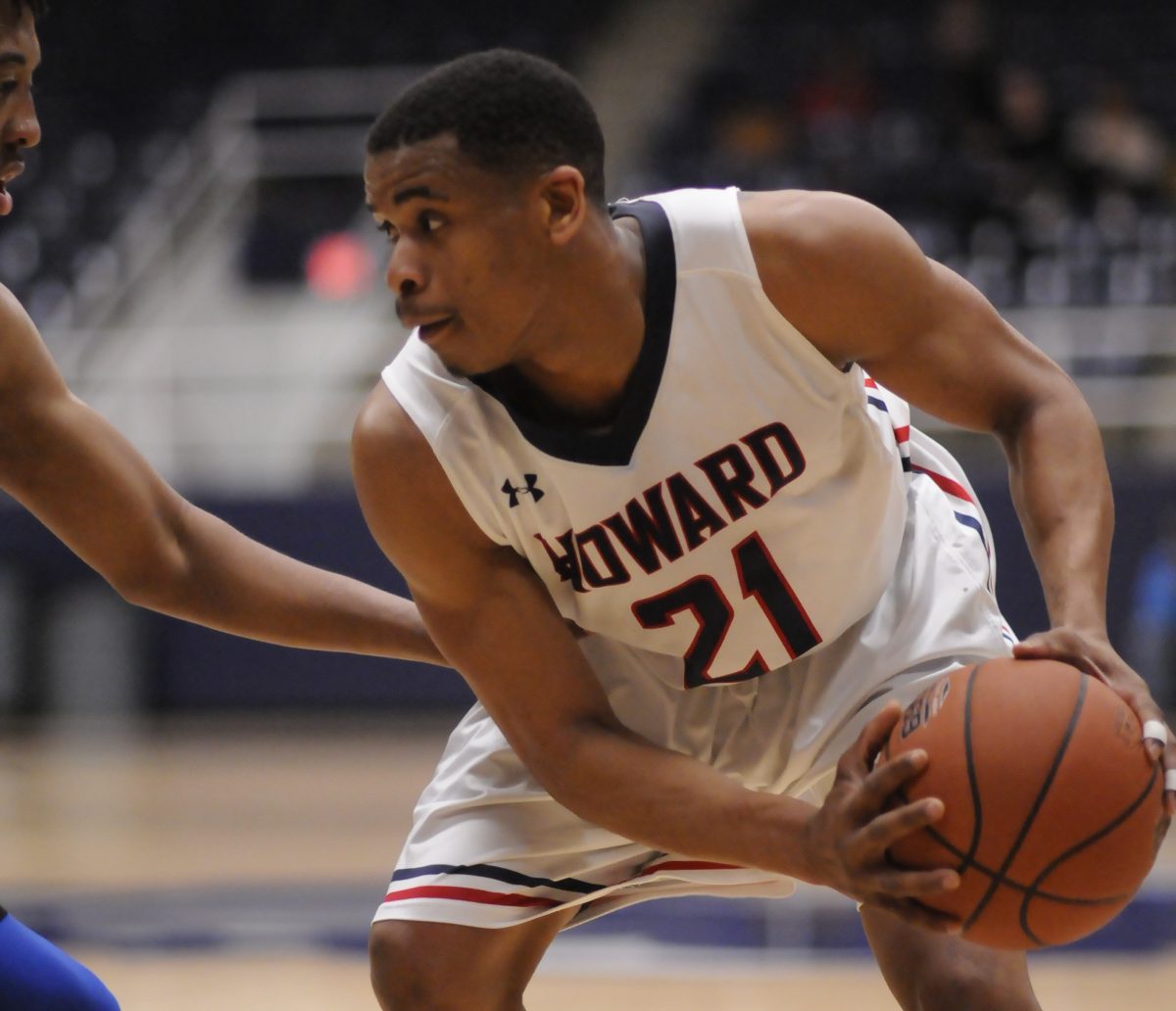 Howard men remain as the only Division I HBCU with a winning record.

With the victory, HU improved to 6-3 overall while the Eagles dropped to 5-3 on the season.

“It all came together tonight,” said Nickelberry. “RJ [Cole], CJ [Williams], and Chad [Lott] took over and we depended on those guys. They played very well together.”

Howard attacked the rim at will, scoring 44 points inside the paint while reaching the charity stripe 22 times. Overall, HU shot nearly 58-percent (33-of-57) from the floor, including 50-percent (2-of-4) from beyond the arc.

After allowing the Eagles to shoot 53-percent (16-of-30) in the first 20 minutes, HU clamped down defensively and held American to under 35-percent (11-of-32) after intermission.

With under a minute remaining, Howard sealed the victory with clutch free throws from Cole, Williams, and sophomore Kyle Foster (Hampton, Va.).

For AU, they had four Eagles reach double-figures. Sam Iorio recorded a team-high 24 points while Sa’eed Nelson netted 23 points in a losing effort.

Before Saturday’s contest, the HU family took a moment of silence to honor long-time public announcer Shellie Bowers, Jr. for his contributions to the university for over the past three decades. This past week, the voice of Bison athletics suddenly passed away.

Howard stays in the D.C. area for another crosstown matchup against George Washington. Game-time is scheduled for 7 p.m