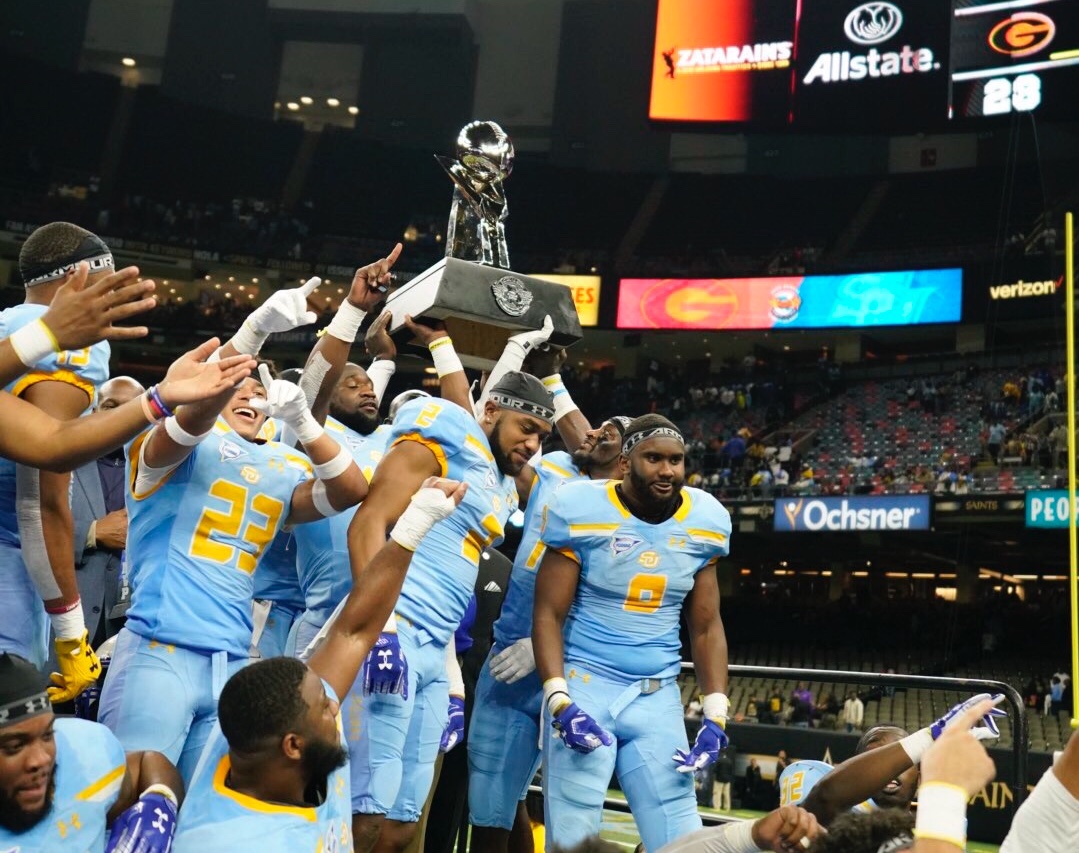 Grambling’s reign over the SWAC is now history.

Southern took control of the game early when  Joseph McWilliams blocked a 42-yard Martell Fontenot field goal attempt to keep the Southern advantage at 7-0 in the first quarter. Grambling would tie the game on a touchdown pass from Geremy Hickbottom to Darrell Clark, but a field goal by Southern would give it the lead for good.

Grambling trailed by as much as 31-13 in the third quarter, but mounted a brief comeback attempt.

Southern will travel to Alcorn State to play in the SWAC Championship Game. The two teams will battle for the SWAC title and the right to play A&T in the Celebration Bowl.
https://twitter.com/hbcugameday/status/1066511791298097152?s=21
Grambling, the two-time defending champ, finished the season 6-5. That is its lowest win total since 2013.