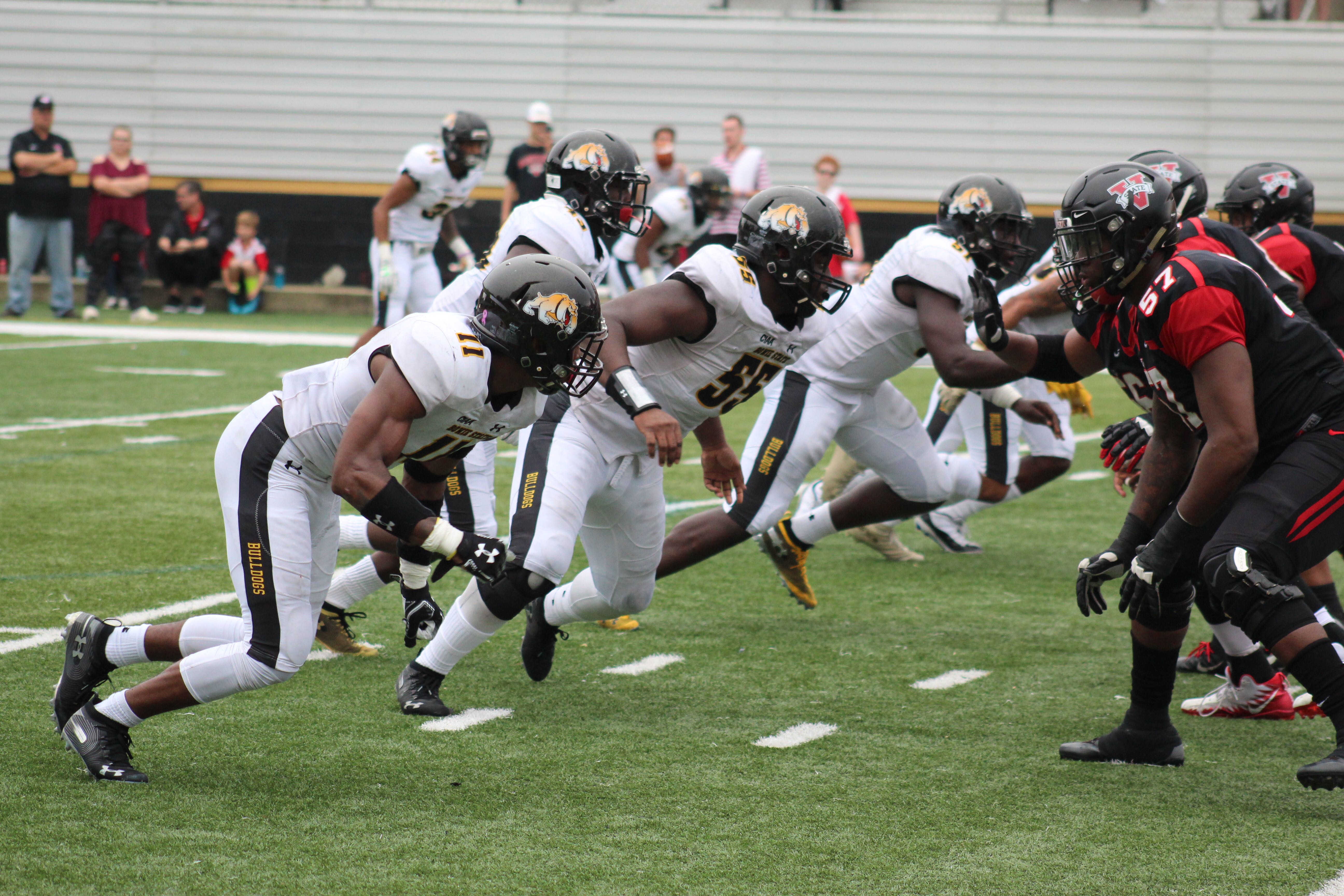 The Bulldogs led early but Valdosta came on strong late.

In the first quarter, BSU (10-3) gained possession after VSU missed its field goal attempt on the opening drive. After an incomplete pass on first down, Amir Hall aired it out for 58 yards to redshirt senior wideout Gilbert Lunsford to get into VSU territory. Senior running back Maurice Williams caught an eight-yard pass in the end zone to take the early 7-0 lead. Bowie’s defense was able to shut VSU out in the first quarter.

Bowie started the second quarter on VSU’s seven-yard line but was kept out of the end zone. Junior kicker Gene Carson kicked a 33-yard field goal to put BSU up 10-0 with 13:36 remaining in the first half. VSU’s 73-yard kickoff return got them deep into BSU territory and set up a 15-yard rushing touchdown, cutting the gap to 10-7 in under one minute. BSU’s next possession was a pick-six for 28 yards to put VSU up 14-10. Valdosta scored again with 4:04 remaining to take the 21-10 lead, but Hall responded with a 72-yard touchdown pass to senior wideout Lansana Sesay. BSU went into halftime trailing 21-16 after the unsuccessful extra point.

BSU suffered from a bad case of three-and-outs after halftime and ultimately was shut out offensively the remainder of the game. Valdosta State put up 45 points in the second half on six touchdowns and a field goal.

Quarterback Amir Hall concludes his senior year 354-545 passing with 31 touchdowns, 10 interceptions, and a whopping 4,152 yards. He is now the CIAA’s all-time leader for career passing yards and career passing touchdowns.

Wide receiver Lansana Sesay concludes his senior year joining the 1,000-yard club with 1,008 yards and seven touchdowns with 60 receptions. Sesay is also the CIAA’s top receiver in total yards for the 2018 football season.

Running back Maurice Williams concludes his senior year punching a ticket to the 1,000-yard club and showing his versatility with 1,021 all-purpose yards and five total touchdowns through rushing, receiving and kick return attempts.