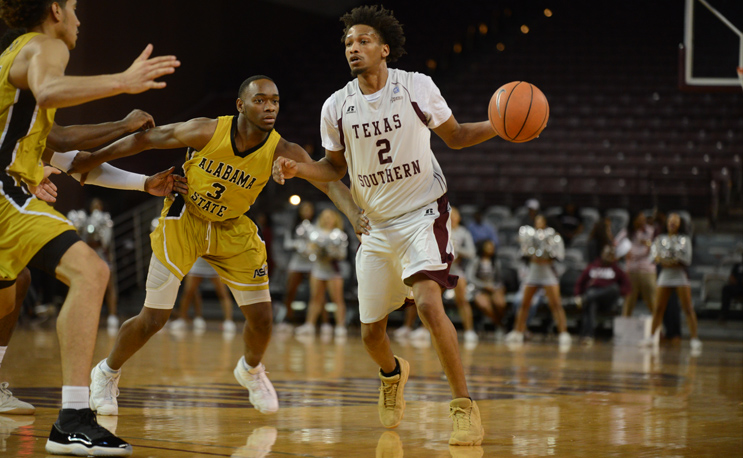 Texas Southern got the Johnny Jones Era off to a rousing start by knocking off Baylor in its season opener.

The talk about Texas Southern basketball all offseason has been about losses. But the defending SWAC champion opened its season with a big win.

Texas Southern hung around and beat Baylor on the road to open its season with a victory over the Big 12 team for new coach Johnny Jones and his team.

Jaylin Patterson, who played for Jones at LSU, led the way with 23 points for the Tigers. He shot 5-for-11 from the 3-point line and added six assists as well. Trayvon Reed added 15 points and 12 rebounds in the win.

TxSU, who routinely plays a tough non-conference schedule, took control of the game in the second half. It outscored Baylor 45-29 and shot 63 percent from the field in the final 20 minutes.

The two-time defending SWAC Champs made headlines over the summer when Mike Davis left to take the coaching job at Detroit Mercy. A few weeks later it was announced that Trae Jefferson, the leading scorer for the program and the SWAC, would not be coming back.

Many people wondered how the program would fare after the departure of that duo. Early on, the returns seem to be trending positively in Texas Southern’s way.

As for Baylor, its next opponent is a SWAC team as well, as Southern will come to play on Saturday.