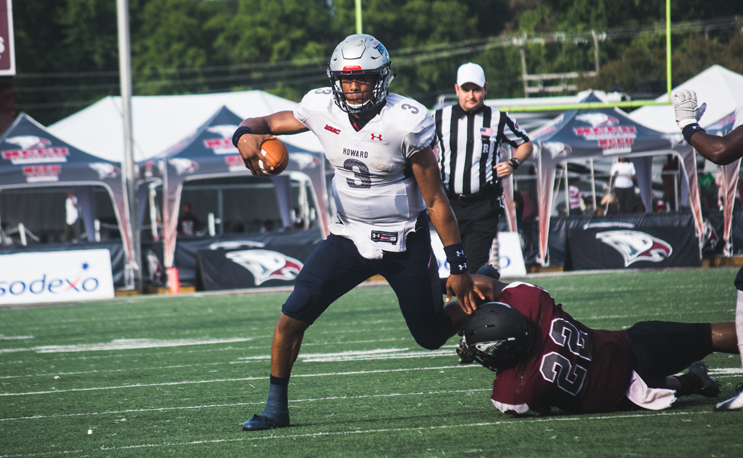 Two HBCU quarterbacks, one from the SWAC and another from the MEAC, have been added to the Walter Payton Award watch list.

Two HBCU quarterbacks are now in the running for the top offensive player in the FCS.

Newton, a sophomore from Atlanta, Georgia is currently putting the finishing touches on a solid second season. He has completed 129 of 251 passes for 2,127 yards. He’s got 18 touchdown passes to 13 interceptions, and has also run for 412 yards and three touchdowns in eight games.

His Howard teammate Jacquez Ezzard was nominated for the watch list earlier this year as well.

Johnson, a redshirt junior from Tampa, Florida, has been deadly with his legs and feet as well. He’s completed 154 of 246 pass attempts, throwing 14 touchdowns to eight interceptions. He’s also run for an incredible 802 yards and seven touchdowns in 10 games for ASU.

The Payton Award is named after former Jackson State star and NFL legend Walter Payton. No HBCU player has won the award since Steve McNair in 1994.