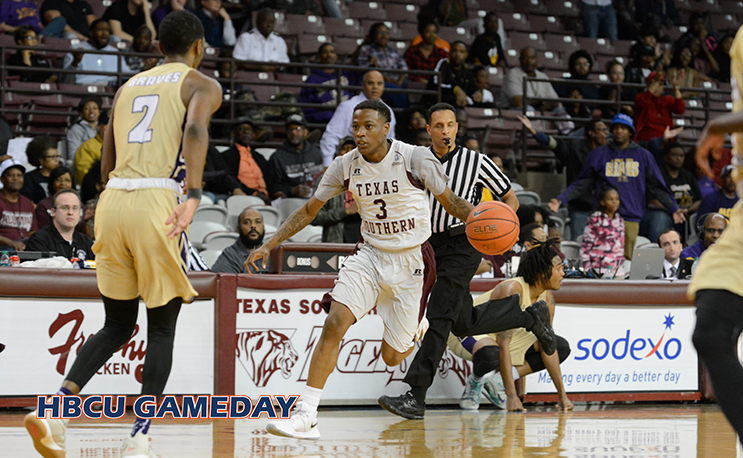 Trae Jefferson is making moves away from Texas Southern.

Not only will Texas Southern have to replace its coach, it will now be without one of the best scorers in college basketball.

Trae Jefferson announced via Twitter that he will not be returning to Texas Southern.

Jefferson averaged better than 23 points per game in the regular season and led the Tigers to the SWAC Tournament title. He did so despite missing extended time being suspended by former coach Mike Davis. Davis eventually brought him back to complete the season and get the school’s first NCAA Tourney win.

Guard @Traejefferson, who helped lead Texas Southern to its 1st win ever in the NCAA Tournament, will not return to TSU. He said the move is tied to Coach Mike Davis leaving for Detroit Mercy: "I wasn't granted my scholarship back. I was only coming back if Davis was coming back" pic.twitter.com/ltWjF3NOOR

But Davis left earlier this month for a job at Detroit Mercy, and Jefferson hinted he might join him. We’ll have to see if that happens but it looks like there are a lot of holes to fill in Houston for whoever takes over next.