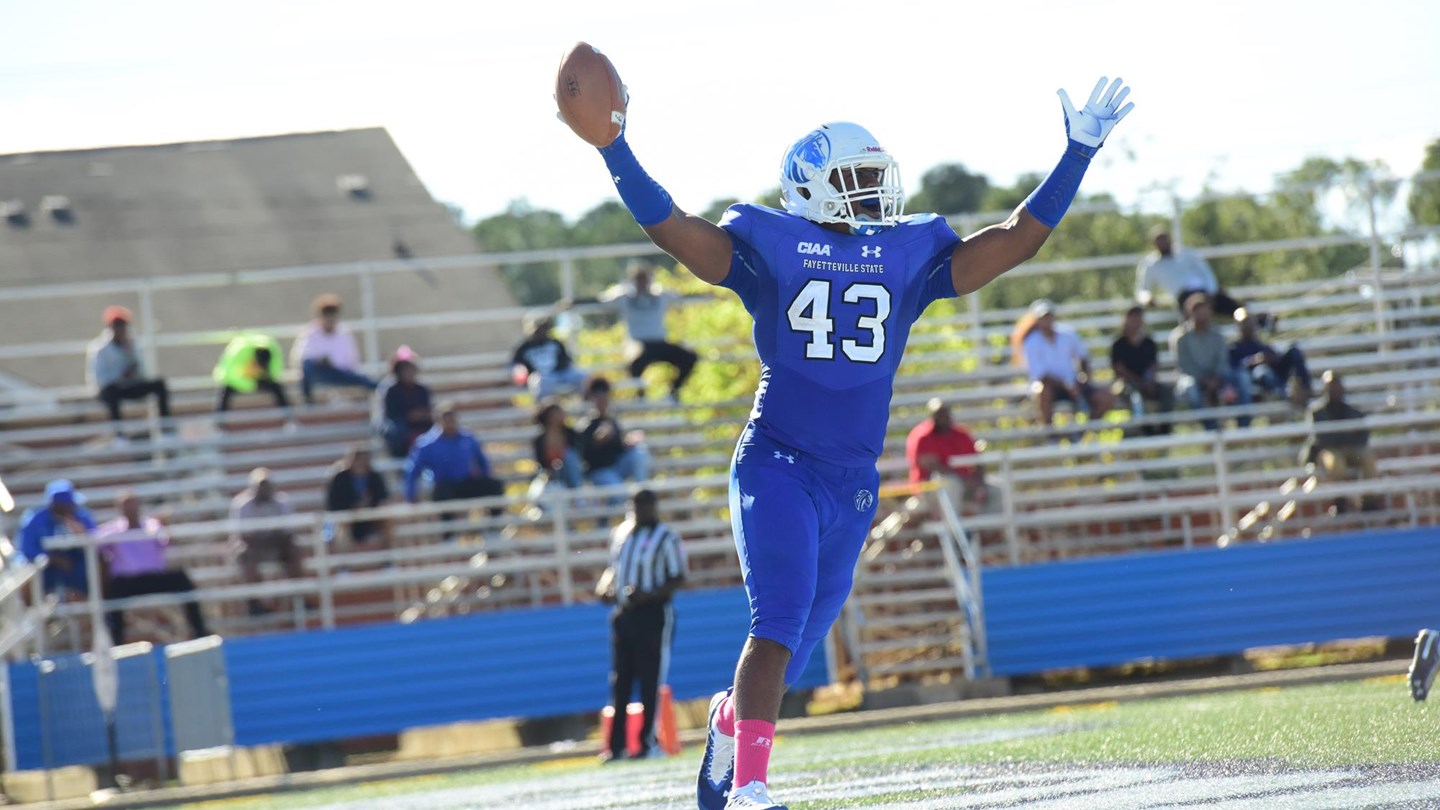 The chess board remains the same but there’s a lot of movement with the pieces in this week’s NCAA Super Regional football poll.  Bowie State is up one spot from number five to number four. Albany State is now in the final playoff spot, ranked at number seven and Fayetteville State makes an appearance just inside the top ten.

Tuskegee and Morehouse both lost last weekend which dropped them completely out of the poll. Virginia Union is still in the chase for a CIAA Championship but apparently not an NCAA Championship, for this snapshot in time at least. Despite spanking Elizabeth City State 53-0, the Panthers go from being ranked eighth in the region to not at all.

Shuffle in the top five

So let’s have some fun and try to get into the minds of the NCAA committee that votes on these rankings. West Georgia won, Valdosta State was off and Lenoir-Rhyne won so those rankings remain the same. Florida Tech lost on the road to West Alabama this weekend, which dropped them two spots. The win was huge for West Alabama who went from being unranked to number five.

Bowie State and Virginia Union headed in opposite directions in the Super Regional Poll.

With the exception of Albany State moving up from tenth to seventh after its win over Benedict, the bottom half of the ranking has all new faces. Florida Tech simply slid down a bit but the other three teams are all new to this week’s poll.  West Florida defeated North Greenville, a team playing .500 ball this year, to move into the eighth spot.  Wingate won its fourth game in a row, with Newberry being the latest victim, to slide into the ninth spot. Wingate also holds an early-season victory against FSU who debuted in the tenth spot after clinching the CIAA Southern Division crown on Saturday.

WHAT IS THIS SORCERY?! WHAT HAPPENED TO VIRGINIA UNION?! https://t.co/M42RnHQ20g

Sorry about your luck

Carson Newman, Morehouse, and Tuskegee all fell from the poll after losing on Saturday to unranked teams, which is a no-brainer. Virginia Union throttled Elizabeth City over the weekend and fell completely out of the poll. If I am a Panther fan with only two losses on the season, one to previously ranked Carson-Newman and the other to currently ranked Bowie State, then I’m pretty upset. “How did Albany State, West Florida and Wingate get better than me in the course of a week in which we all won?” would be a logical question.

With time running out on the Division II season, the conference championship contenders have to be in the right place on the chess board.  The committee might also feel the need to hedge its bets and try to look into the future a bit as well.  Last week Bowie State still needed two games to clinch a spot in the CIAA Championship and chances were greater then than now, that BSU could let VUU back into the picture. Now it seems a little less likely that Virginia Union will get a shot at becoming the CIAA Champion. Fayetteville State clinched its division and they enter the poll ready to move up should they win out.

While there is no automatic qualifier the Division II committee does operate off of “earned access.” That means in a nutshell if you win your conference championship you can leapfrog another team ahead of you in the poll to make it into the NCAA Playoffs. That earned access position was expanded this summer. Now any team ranked in the top nine in the final poll that won its conference championship game will make it into the playoffs. Up until last season teams had to be ranked in the top eight for the earned access privilege to apply.  The playoff field for each region is made up of the top seven teams in the final poll, with earned access potentially creating a leapfrog situation.

Ultimately the vote should be one of confidence and not one of strategy. However, if you’ve been following the regional politics of Division II sports for long enough you just accept it for what it is and add it to your list of sports gripes.  For argument’s sake let’s try and dissect the logic behind the voting process.

I would suggest that the committee doesn’t see BSU at this moment in time missing out on the CIAA Championship game and doesn’t view Virginia Union as an at-large team. Elizabeth City State could force everyone’s hand with an upset of BSU, but only time can tell. But then BSU, or someone else, would have to tumble several spots to reopen that door for VUU.

Albany State is in a position where if they win the SIAC Championship they are good. If they don’t finish the deal, they might find themselves being a leapfrog candidate or out of the poll altogether. If Miles goes on to win the SIAC Championship there is no chance of them making the field, because they will mathematically still have a losing record.  If Tuskegee wins out and claims another crown, it could go either way with them getting in, depending on how other teams fare.

There is no doubt that the SIAC’s divisional record qualifier for its Championship game is a two-edged sword. It creates drama and underdog storylines for the dedicated fanbases but there’s the potential for keeping the conference out of the playoff picture. In the last few years alone the SIAC has seen teams with overall losing records competing for and winning its championship because they won the right three to four games on their schedule.

Last week I predicted two HBCUs would make the playoffs with an outside shot for three. This week it appears to me that BSU is a lock if they get past ECSU and ASU needs to win it all to remove any doubt. The emergence of Fayetteville State still offers the outside possibility of three teams, but my money is on two for whatever that is worth.