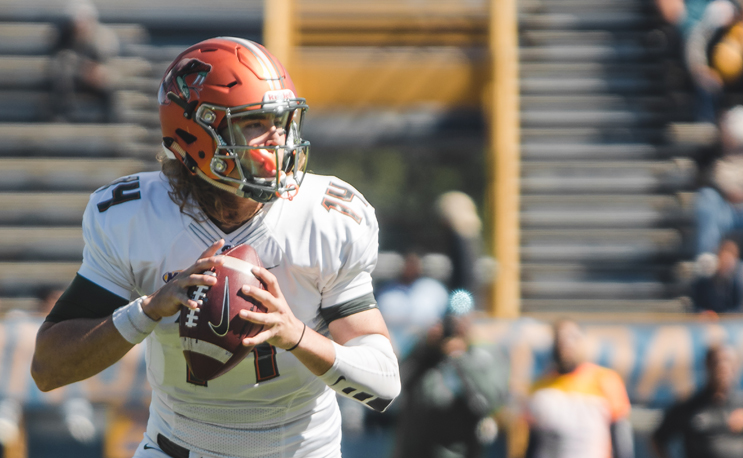 By now there is no denying that Florida A&M is the top HBCU squad in the FCS ranks as they have a clear path to Atlanta.

It’s been a couple weeks since we dropped our FCS power rankings and boy have things changed in the MEAC and SWAC. Prairie View was riding high, A&T was still holding on with one loss while FAMU was just starting to look like it might make a run.

Well that was then and this is now. Welcome to Week 10.

There’s really no way to put anyone but FAMU at the top of this list. Since laying an egg (snakes lay eggs, right?) at home against Jackson State, FAMU has been on a tear and appears to be getting better every week. This weekend it travels to D.C. to take on a Howard team that hasn’t looked like the team predicted to challenge for the MEAC in the last few weeks. A win clinches at least a share of the MEAC title and a trip to the Celebration Bowl. Who saw this coming?

As noted, A&T is on the outside-looking in of the Celebration Bowl picture thanks to its loss at home to FAMU a few weeks back. But it still has plenty to play for as long as it keeps winning. Winning its final three games (Norfolk State, Savannah State and NCCU) would keep A&T’s postseason hopes alive in terms of the FCS playoffs. A 9-2 record with wins over Jacksonville State and ECU should be enough to overcome the loss to a bad Morgan State team and a (likely) MEAC champion FAMU squad. But a loss to any of those teams will likely eliminate it from contention. Oh, and it can technically win the MEAC and return to the Celebration Bowl, it just needs to win all three games and have FAMU lose to both Howard and BCU.

Both FAMU and A&T have losses to bad teams, so Alcorn State’s loss to Alabama State can be forgiven after back-to-back wins against Grambling and Prairie View. Noah Johnson and company look to be getting into the groove and it couldn’t come at a better time for ASU. As long as it wins

For about six quarters, it looked as if Southern would take a step back this season. After being embarassed at home by Alcorn State and dominated early by Alabama A&M, SU has regrouped soundly as shown by its 41-7 thrashing of rival Jackson State on Saturday. Quarterback LaDarius Skelton has provided the spark for an offense that was in need of one, and with Prairie View hustling backward, it could come down the Bayou Classic for the SWAC West representative again.

This was a toss-up. Two of BCU’s losses are to FBS teams, one is to a Tennessee State team that probably should be on this list. Another to A&T and the other to a Howard team that was still predicted to finish second in the MEAC. You could also make a case for Alabama A&M here, as well, and maybe Grambling.